In chapter 172 of One Punch Man, Saitama, who is being followed by a monster, requests him to let him stay at his house along with the dog. The monster requested that he would even do all the chores. Because the monster was very wounded, he was waiting for his cell to regenerate. On the other hand, Saitama is in deep thought and asks himself whether the apartment even allows pets. While they were walking on the empty road, Saitama’s new home was visible. Back in the Apartment Complex, there is a meeting being held which involves the introduction of special guarded rooms in this complex for the elite class citizens.

The host assured them that even though Disaster level demons appeared every month, they were nothing in comparison to this apartment complex. Why? Because along with the elite class, only Class A and above will live here, which means that the citizens will be surrounded by top-class heroes who will ensure their safety. The host also shares secret information about the complex that will be guarded by an anti-monster disaster defense system which is built by S-class hero Mega Knight, and with its advanced AI technology, it is more powerful than all the Class A heroes combined. 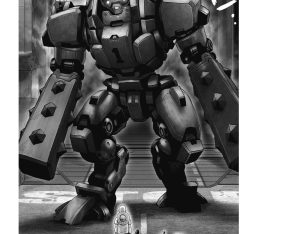 As Saitama, the monster, and the dog approached the complex, the defense system started beeping, and soon, Level 1 defense started attacking Saitama. But with just a slap, he gets rid of level 1. After assessing the power of the intruder (Saitama), the defense system adjusted the settings and then sent the Level 4 system, but again with just one slap, he was able to destroy the defense robot.

Inside the complex, the guards are alerted and look at the CCTV camera screen. They were shocked to see that the 9 billion robots were destroyed into bits. When they arrived at the entrance, they saw Saitama and asked him about what had happened. When Saitama came to know that each of the machines costs 9 billion, he told them the machines just automatically exploded. When the guards asked more questions in detail, King showed up and told the guards that he saw them exploding too. After which, they agreed.

After the guards leave, Saitama hands the destroyed controller to King and gives an apology. By seeing Saitama being casually able to talk to King, the class A heroes who appeared in the earlier chapter were impressed. 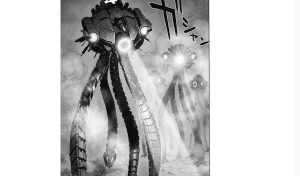 Are there any spoilers available? Unfortunately, No. But we can expect them 1 to 2 days before the release. After seeing how chapter 172 ended, it is very difficult to make any guesses.

You can enjoy chapter 173 via Viz, which is a website for manga. You can also access One Punch Man’s previous chapters.

What Is One Punch Man All About?

One punch man is originally a web manga series created by One. Later it was illustrated by Yusuke Murata. The manga version of One Punch Man was released on June 2006. The manga also has an anime adaptation with two seasons being aired and 3rd being in production.

The story takes place on planet earth, where heroes and monsters live. For the safety of the civilians, the heroes are assigned to protect them. Saitama, who is the protagonist of this manga, was initially an unemployed man. He was ambitious to become a hero and wanted to save the civilians. After training for three years, he became so strong that he went bald and got so strong that he could take on any monster in just one punch. Because of all this, he starts to lose that motivation, and whenever he faces a monster, he always expects to find a stronger one. But as the series progresses stronger monster will appear who will challenge him. But will they be able to stop Saitama? That would only be revealed in upcoming chapters.