In the previous chapters of chainsaw man, we saw Yuko make a deal with the devil so that she would be able to take revenge for Asa on her bullies. But this means she will have to kill the students in the school, and that would not be a big problem as because of all the chaos, Chainsaw man will come to save them, and then Yoru will be able to attack him. On the other side, Yuko, who is in her house, talks about the revenge she was going to take in school that day. She was inspired by the chainsaw man. She likes how he kills devils just to save everyone. And Just like him, she wanted to help Asa too. As she enters the hallway of the school, she is confronted by Yoru, who is holding a katana.

By seeing Yoru in front of her, Yuko understands that she is here to kill her. So she told Yoru that she would fight her after taking her revenge on the bullies. But this doesn’t convince Yoru as she knows that as soon as Yuko transforms and kills the students, the devil hunters will come for her; that is why she is eager to fight Yuko right now. 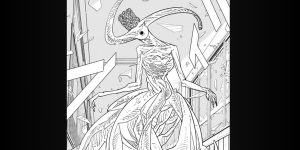 So Yuko transforms into a devil and destroys everything in her way. The alarm rang. Notifying students of the evacuation. Many students believed that this was just a drill. But soon, this doubt of theirs turns wrong as one of their classmates is pierced by Yuko. While Yuko is killing every single bully one by one, Yoru is using every single thing as a weapon to kill Yuko. Then a devil hunter named Seigi Akoku arrived and challenged Yuko. But Yuko warns him that she does not want to hurt innocent people, but Seigi attacks her. Yuko is also ganged up by two more devil hunters, and now she finds that they are too bad people, just like the bullies, so she pierces two of the devil hunters with her tentacles.

In the last part of chapter 107, we see Yoru into Asa, leaving Yuko vulnerable.

As of now, there are no spoilers for chapter 108. However, we are expecting them 2 to 3 days before the release. But to make a smart guess, I would say we’ll see a fight between Denji ( The Chainsaw Man) and Yuko. I know Yuko first has to face Asa, but I don’t think she would hurt her, as all of the killings she is committing is for her. So most likely, we will see Denji’s appearance in the upcoming chapters. But this is just a guess, and we’ll soon see for ourselves. 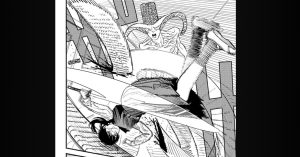 Chainsaw Man Chapter 108 will be released on Tuesday, 25 October 2022, at 8:30 PM. You will be able to enjoy the manga on the Manga Plus website and application. For the international audience, I’ve provided various popular time zones below:

What Is Chainsaw Man All About?

Well, it makes sense if you have heard this name recently after all the hype caused by his manga and a recent anime adaptation. Well, one thing I would say is it is worth it. But I also understand that everyone has a different opinion and preference, so just for the sake of understanding, I’ll be summarizing the plot for you.

The story’s protagonist is Denji, who is a young boy living in debt because of her father. The debt is so much that just to afford to live, he has sold his right eye and one kidney and hit nuts. Even after all this, he still works as a devil hunter with his devil friend Pochita. Together they kill devils when they receive orders from their Boss. One night, he is called up by his Boss to an old warehouse where he is supposed to kill a devil. But to Denji’s surprise, this was a trap set up by the devil himself.

The devil had made a contract with Denji’s boss and told him to kill the devil hunters in return for immense power. Just like Denji’s boss, there are many others who, in greed for power, make a contract with the devil and are present in the warehouse to kill Denji and Pochita. Because there were so many of them, Denji ended up dead, and Pochita, who is on the brink of death, his soul into Denji’s. Making him the Chainsaw Man. This should be enough for you to get started with the manga.