My Girlfriend is an Alien, a television series made in China. The show’s 1st season was aired from August 19 to September 24, 2019, on Tencent Video and WeTV. The second season of episode 1 premiered on September 16, 2022, on Tencent Video. The show stars Wan Peng as Chai Xiaoqi and Thassapak Hsu as Fang Leng. In the supporting cast, we have Yang Yue as Jiang Xue, Alina Zhang as Sister Chai, Wang Hao Zhen as Assistant Han, Christopher Lee as Fang Shi Da with many more interesting characters.

The story starts with Chai Xiaoqi, the alien who has come from another planet “Cape Town.” She is trapped on Earth because she lost her spaceship. We found out that Chai Xiaoqi is not the only alien on Earth. Many other aliens were sent from Cape Town Planet to spy on her. Now it is very difficult for her to survive on another planet without any problems. So to solve the problems and counter them, she uses her superpowers. 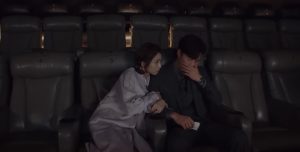 My Girlfriend is an Alien Season 2 Episode 24 Recap

The episode starts with Jiang Shiyi and Xiaoqi teleporting to Jiang Shiyi’s room. On the other side, we see Xiaoqi’s friends are very upset and worried as they are not able to detect Xiaoqi’s presence. They suspect that Jian Shiyi has put up a barrier around his home, and because of this, they are not able to detect Xiaoqi. But the defense barrier is very strong, and to break it, Xiaobu tries her best to weaken the defense barrier, but as a minute passes, she uses too much of her power to break the barrier. Because of this, she is getting a fever.

Her brothers told her to take a rest and then continue, but Xiaobu is very determined and still tries. Even after her effort, she is unable to break the defense system and ends up revealing her presence to Jiang Shiyi. Xiaobu’s elder brother then makes a plan not to attack the defense system directly and to go to Shiyi’s office to find some clues about the defense barrier.

At the office, we see Shiyi getting unconscious, and Xiaoqi runs towards her to catch him. Then the scene shifts to his room, where Xiaoqi is taking care of him and treating him with her magical powers. And she offers him Candy since he really likes it and will get recover from it. Jiang is really weak and ill, so he orders Candy, his defense system, to notify him about his absence for a few days in the office.

After leaving Shiyi in his room, Xiaoqi went to another room and asked Candy why she told her that Xiaoqi was the reason for her bad health. Candy told her that she was not given permission to answer any questions of Xiaoqi. Xiaoqi warns Candy if she doesn’t tell her, her master Shiyi’s health will only get worsen.

Then Candy told her that after moving to Earth, she was supposed to be eliminated from this universe, and to protect her, Shiyi stood against the higher beings and assured them he would bring Xiaoqi back to their planet. In which the higher beings denied his request. Candy told her that after all these years, he was protecting Xiaoqi from the higher beings. Because of the non-stop protection, he is getting weaker and suffering from immense pain. At the end of the episode, we see both couples hugging each other while sleeping.

My Girlfriend is an Alien Season 2 Episodes 25 and 26 will be released on October 14, 2022, at 8 am as in China. The show runs with an average time of 45 minutes. For the international audience, different time zones are as follows:

Where To Watch My Girlfriend Is An Alien Season 2 Episodes 25 & 26?

Tags: kdrama My Girlfriend Is Alien