The Kardashians is a Television series focusing on the Kardashian and Jenner family. This is a reality series with 2nd season currently airing on HULU. The show is the heir of Keeping Up with the Kardashians.

The first season of The Kardashians premiered on April 14, 2022, on HULU, which consisted of 10 episodes. With the second season airing on September 22, 2022.

The series’ main characters are the sisters and their mom Kim. With a bit glimpse of celebrities like Travis Scott, Travis Barker, Kanye West, and many more who are related to the sister’s life.

The series has been a massive hit, especially among young women who are fascinated with the lives of their idols. The show captures the sisters’ personal lives and the battles they face along the way, whether it is related to their relationship, their parenting, and their fans. The show makes sure to capture everything and present it to the audience.

In episode 3, we see Kim getting ready for Kendall’s show which is about to happen later that day in Milan, Italy. To find a perfect outfit for the night, she meets a lot of top-tier designers. Kim has a very beautiful body, and of which the designers are also trying both male and female outfits. Kim tells us that even though she is jet-lagged, she is still very excited about the show. 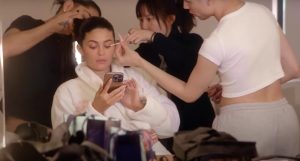 On the other side, we see Khole, Kris, and Corey, who are seen in Palm Springs. They are here for the gummies, which are supposed to relieve the pain in Kris’s hip. Because of this, she ends up spending $800 on gummies. After Kris, we see Khloe looking for a sleep candy, which would boost her sleeping.

Back in Italy, Kim is having dinner full of various kinds of pasta. At that moment, we came across a new word, ‘Flexitarian,’ which she told us about. She is a flexitarian which means sometimes she is vegan and sometimes she is not. She shares her reaction to Pete going to space. She mentions that she would have loved to spend her time with Pete in outer space, but the fact of potentially not being able to come back scares her.

After her pasta, she went to Kendall’s hotel room with the pasta and ice cream that she offered to  Kendall. After having dinner with her small sister, Kim, and Kendall discuss the outfits, they will be wearing in the show. Later that night, Kim left.

In California, we see Kourtney appreciates how having a partner like Travis is so great, who never makes her partner conscious about her partner’s body and weight. Kourtney also mentions that she loves being more curvier now.

In Milan, while Kim was shopping, she received a text from Kanye, her ex-husband. Who gives his suggestion to Kim regarding her outfit. Kim clarifies even after the divorce, both she and Kanye enjoy their parenting and often text each other. After her shopping, we see Kim before heading out for Kendall’s first walk, and she wishes her best through a video call.

Kendall tells us how excited she is about the walk. After the show, Kim was delighted with Kendall’s performance and was already missing her kids. 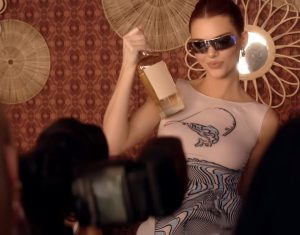 Meanwhile, in the house, Kris is with her trainer, whom she explains that it is only at night in her bed she feels the most pain. As the trainer explained that she would require surgery, Kris got emotional and was scared. Kris was scared to tell this to her kids, who were already battling in her life.

The episode will release on October 13, 2022, Thursday at 12 AM ET. For international audiences, the timings are as follows:

For audiences who are using HULU.

For audiences who are using Disney+.

Where to watch The Kardashians Season 2 Episode 4?

You can enjoy The Kardashians Season 2 Episode 4 on HULU and Disney+. Both of them are subscription-based networks. But there is a difference of 3 hours in the premiering of the episode, with HULU releasing earlier.