The final chapter of the popular American Television show, The Walking Dead is moving forward with its next episode. We expect the new release to add more twists and turns to the story. Season 11 has taken its content from issues 175-193 of the Walking Dead comic series.

Fans who have followed this show for weeks are excited to find out when is the new episode coming out.  In this article, we are going to talk about all the details you need to enjoy your favorite web series with no worries.

The Walking Dead – The Plot

One of the most popular Horror Fiction on American Television, The Walking Dead is taken from a comic book series. Robert Kirkman, Tony Moore, and Charlie Adlard are the minds behind The Walking Dead franchise.

The show follows an imagined dystopia of a zombie apocalypse. When the “walkers” (the zombies) attack, the main characters strive to save their lives and go through a series of adventures. Of course, they don’t call it an adventure but we can!

This show started in 2010 and has been aired for more than a decade, influencing our generation the most. Throughout its journey, the intriguing plot of the show has kept its fans hooked. It holds an excellent IMDB rating of 8.3.

Even after 170 episodes distributed beautifully in 11 seasons, the thriller fulfills the demands of its audience. The fantastic graphics of the show blend perfectly with the outstanding music created by Bear McCreary and give fans goosebumps. 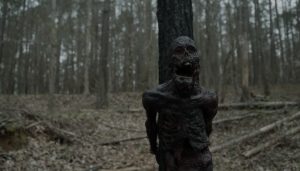 This episode follows fragments 175-193 of the comic series and is called “A New Deal”. The group experiences a face-off with the Commonwealth, which are a large network of communities with advanced equipment. There are over 50,000 survivors living in different settlements that get involved in this part of the show.

Recently, AMC has launched the promo for the very last episodes and this has further fed our excitement about the number of dead bodies we will witness in the remaining episodes of the season. The final season consists of a total of 24 episodes, 9 out of which still remain to premiere.

The clip has scenes of how Maggie (Lauren Cohan), Daryl (Norman Reedus), Aaron (Ross Marquand), Negan (Jeffrey Dean Morgan), and a few more might end up in their very last journey.
There is a scene of the reunion of Negan and Annie with Daryl, Maggie, and Gabriel. The Reapers are also confronted in this closing chapter of the show. (Reapers are some unknown hostile survivors who took over Meridian, the former home of Maggie and her new people, the Wardens.)
Along with that, the promo video teases their audience with so many hints hidden inside the 1-minute 10 seconds long clip.

When Will Season 11 Episode 18 be Released? 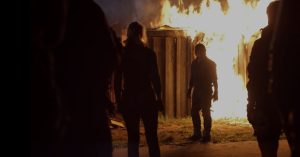 The new episode of the 11th Season Of Walking dead is scheduled to release on the upcoming Sunday 9th October 2022. At 9 PM (ET) the show will broadcast on the AMC channel. Along with this, viewers can also access the brand new episode on OTT platforms like AMC+ and Disney+ (only in the UK at 2 AM GMT).

Where To Find All Walking Dead Episodes?

For new viewers who also want to binge-watch the previous episodes, you can stream them at Disney+ in the UK and Ireland. Luckily in Canada and USA, you don’t have to go anywhere, just find brand new episodes on the AMC channel and recorded ones on the AMC+ app. Fans in Australia will find all the seasons and episodes on Binge.

If you sit down and decide to binge-watch this entire horror series at once, it would take only 131 hours. That is approximately 5-6 hours. But we don’t suggest that because we’re not sure you can afford therapy, lol.

Is Season 11 The Last Season Of The Walking Dead?

When AMC announced the release of the 11th Season of Walking Dead on August 22, 2021, they mentioned that 24 episodes will be premiered. In the trailer, the creators clearly call the episodes “The Last Episodes”. So, we infer that this is clearly a closing chapter to this long-running show. And they are compensating for the number of dead bodies that we would miss once the show ends.