All Creatures Great and Small Season 3 was released to the public in September 2022 amidst great anticipation. The series is a continuation of Season 1, released in 2020, and Season 2, released in 2021, with both seasons having six episodes with a Christmas Special each. It is a nostalgic trip to the 1937 Yorkshire Dales, where three veterinary surgeons dwell. Their life is chronicled in this series.

This contemporary show is an adaptation of the BBC series of the same title, which aired from 1978 to 1990, almost amounting to 90 episodes. As with Anne with an E and How I Met Your Father, this series, too, has its roots in the past.

It is originally based on a book series, ‘If Only They Could Talk’ by Alf Wight (pen name James Harriot). The show celebrated the 106th birthday of the writer and paid tribute to the legend Alf Wight. He was born on 4th October 1916.

Today would have been Alf Wight's birthday, born in 1916 he would have been 106 today. We couldn't let the day pass without saying #HappyBirthday 😊🎉 pic.twitter.com/ZXmBEQpMRc

What Is The Premise Of ‘All Creatures Great And Small’?

The show is set in the 1930s Yorkshire Dales. The veterinary surgeon Seigred Farner runs his practice from Skeldale House. He employs James, a veterinary surgeon, to help in his daily work. Farnon also has a younger brother Tristan. James has a love interest in Helen Anderson, who is a farmer’s daughter. The Skeldale house also hosts a housekeeper, i.e., Mrs. Audrey Hall.

The first episode, ‘Second Time Lucky,’ was released on 15th September 2022 on Channel 5. The show kicks off three months later and is set in the spring of 1939. Skeldale is revamping itself, bringing quite a lot of surprises for everyone involved.

The young brother, Tristan, is now a qualified vet. This makes him take on more responsibility, albeit with interference from his older brother. James is at crossroads in his life, where the professional and private spheres clash with each other, demanding his attention. The untried bovine TB testing is on its way.

James and Helen are all set to take their lives to the next threshold, i.e., matrimony. They plan their honeymoon, but James’ work commitments make it hard for him to focus on Helen. World War Two is also in the picture, with its effects being felt in Skeldale.

The second episode of the series, titled ‘Honeymoon Over,’ came out on 22nd September 2022 on Channel 5. As the title suggests, the episode ventures into the changes that take place at Skeldale, with all the fun and games at bay for the moment. Helen, as the new member of the house, tries her best to fit in, a venture in which Mrs. Hall is more than happy to help.

The surgeons are in the midst of an intellectual debate on how to best proceed with the TB testing scheme. This leads to differences between opinions. James and Siegfried again find themselves locked in an altercation. However, with their love for treating animals, and some help from the women of the house, both men realize that their partnership is far more valuable than any profit.

This episode, titled ‘Surviving Siegfried,’ which aired on 29th September 2022, was an absolute moral dilemma and a complex situation for everyone involved. Skeldale saw some hard choices being made amidst Seigfried becoming more and more eccentric. 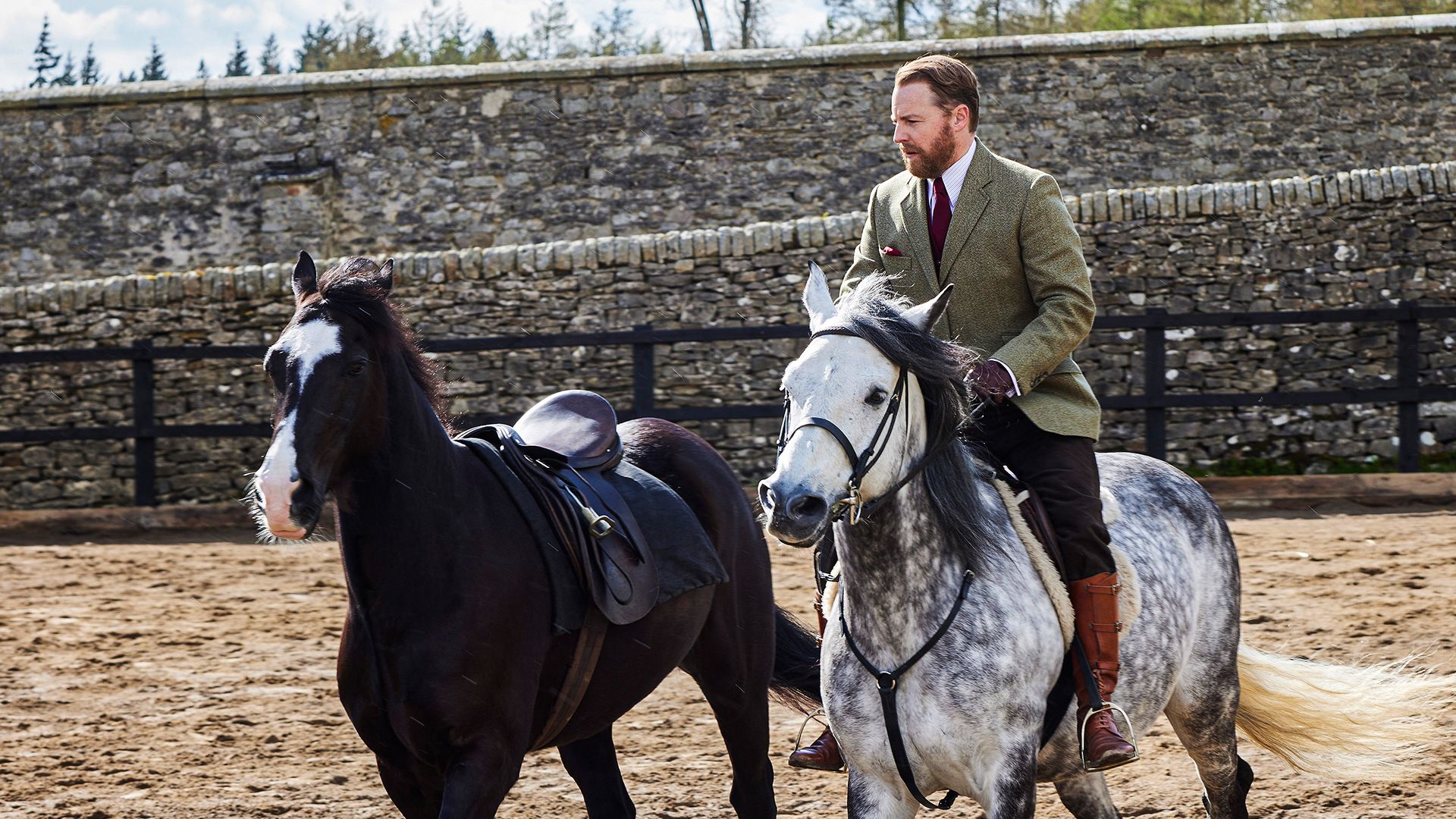 Siegfried is assigned to take care of the horse River by Major Sebright Saunders, under whom he served. He finds himself in a pickle as he is unable to diagnose what is wrong with the horse. With the growing emotional attachment and River’s deteriorating health, the condition gets worse.

James again finds himself in the crosshairs as the TB testing scheme gets more and more complicated. Helen and her father are put on the spot, left to either trust James or leave him hanging.

All Creatures Great And Small Season 3 Episode 4: Spoilers & Where To Watch?

Let us watch a little snippet from the upcoming episode ‘What A Balls up!’ that releases on 6th October 2022, on Channel 5. New episodes are up every Thursday at 9 PM.

Oh how the mighty have fallen 😂
Remember to tune in to @channel5_tv on Thursday at 9pm for brand-new #ACGAS.

Here’s another sneak-peak into the series via the official Twitter handle. The series is serving the audience its best, so don’t forget to tune in tonight.

Watch out Darrowby, Tristan's got his own set of wheels!
Join us on Thursday at 9pm for more brand-new #ACGAS on @channel5_tv.

Oh dear, could James be in trouble with the MAG? And what trouble will Tricki get into during his stay at Skeldale?

There are still many unanswered questions. What side will Helen and her father choose? What will be the fate of River? How will Siegfried deal with his problems? Tune in today at 9 PM on Channel 5 to find out all the answers.

Tags: All Creatures Great and Small

Moksha
View More Posts
She is a reporting enthusiast interested in politics as well as entertainment, and documents various topics, attempting to bring something new to the discussion.