How Jennifer Turned Into She-Hulk

After receiving mixed reviews from people, finally, this marvel T.V. series, She-Hulk, had a huge plot twist in the latest episode of season one. A sitcom with a touch of adventure and action, Hulk is the latest T.V. series by Marvel. The story starts with Jennifer Walters, a hardworking lawyer in her thirties, out for a drive near the woods with her cousin, Bruce Banner.

Yes, you read that correctly; our main character is a cousin of the Incredible Hulk. While Bruce and Jen are having a great time chatting, the sudden appearance of an unidentified space object in front of their car distracts them, and poor Jen and her cousin meet in a terrible accident.

Jen somehow manages to get out of the absolutely wrecked car, but Bruce can’t. Terrified, she tries to grab an almost unconscious Bruce out of the car and accidentally transfuses his gamma radiation-exposed blood with her own, giving her powers similar to Bruce’s. 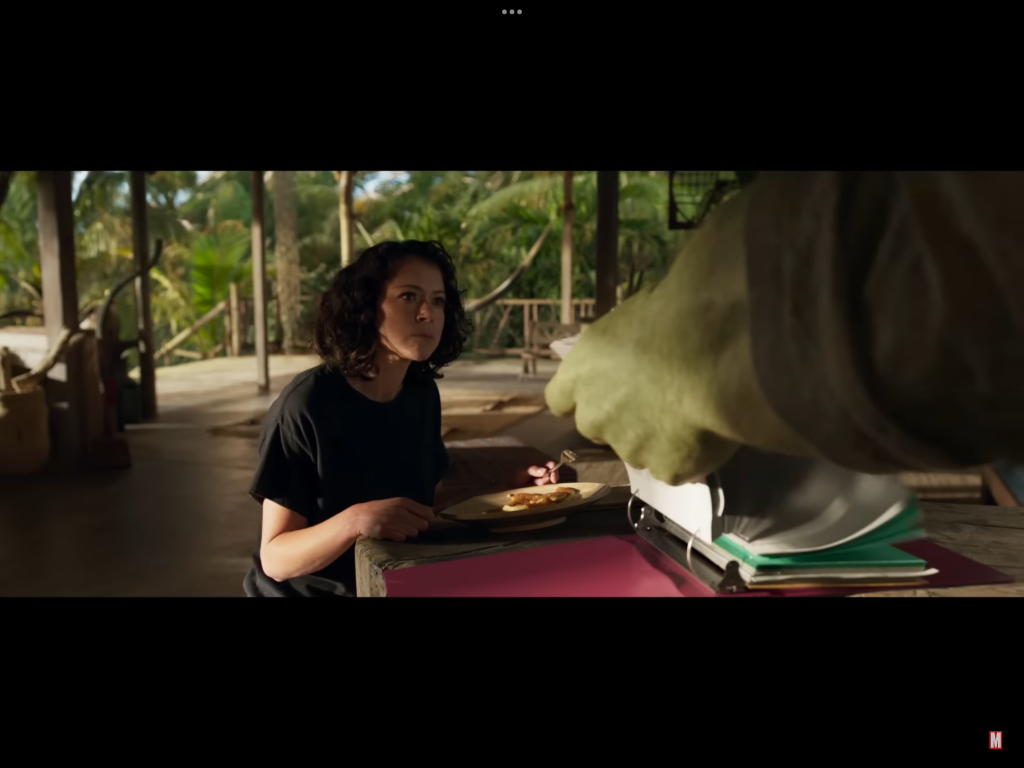 How To Be A Hulk

This is followed by Bruce taking her to his secret base in Mexico, where he explains to Jen how much her body has changed. He warns her about the “Hulk” version of herself. Bruce had been traumatized by his alter ego, and he didn’t want Jen to make the same mistakes. He advises her to start meditation and learn to control her emotions. 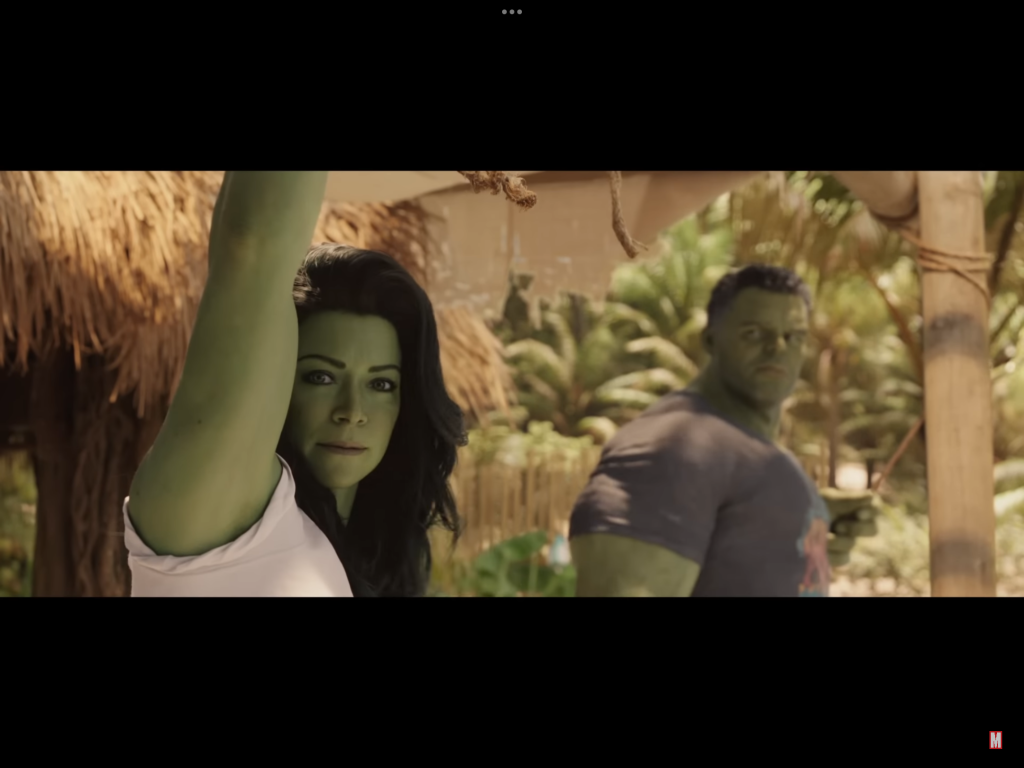 Interestingly, unlike Bruce, Jen didn’t lose her human consciousness even in the Hulk’s body, which makes her better than her cousin in one aspect. Jen had always wished to be a great attorney. But the introduction of hulk blood into her body was going to make everything difficult for her. Bruce, being aware of the problems faced by someone in their hulk form, wished the best for her but forced her not to meet any of her friends or family members until and unless she learned how to control them. 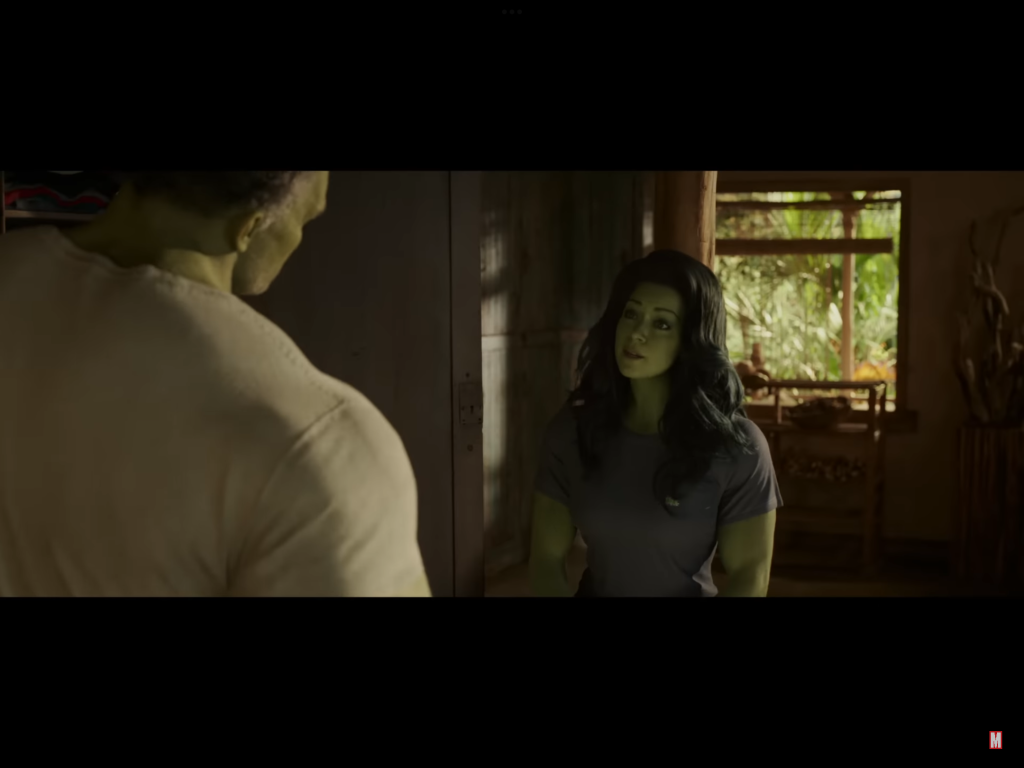 Jennifer Coming Back To L.A.

Even though Jen had consciousness in a Hulk state, Bruce was firm. He was against letting his sister go back to L.A. But Jen’s passion for her work leads to beef with her, and she finally manages to come back to L.A.

She-Hulk Has Become A Global Phenomenon.

Jennifer had not told anybody about her powers except her parents and her best friend, Nikki. Her courtroom session was crashed by a social media personality with superpowers called Titania. In order to protect her colleagues, Jennifer decided to transform into She-Hulk.

Titania lost the battle, and many lives were saved. But now, everybody knows about Jennifer’s superpowers. A simple girl who just wanted to be a good lawyer now had the attention of the entire nation. Receiving mixed responses from the public, Jennifer’s hulk version earned the name She-Hulk. 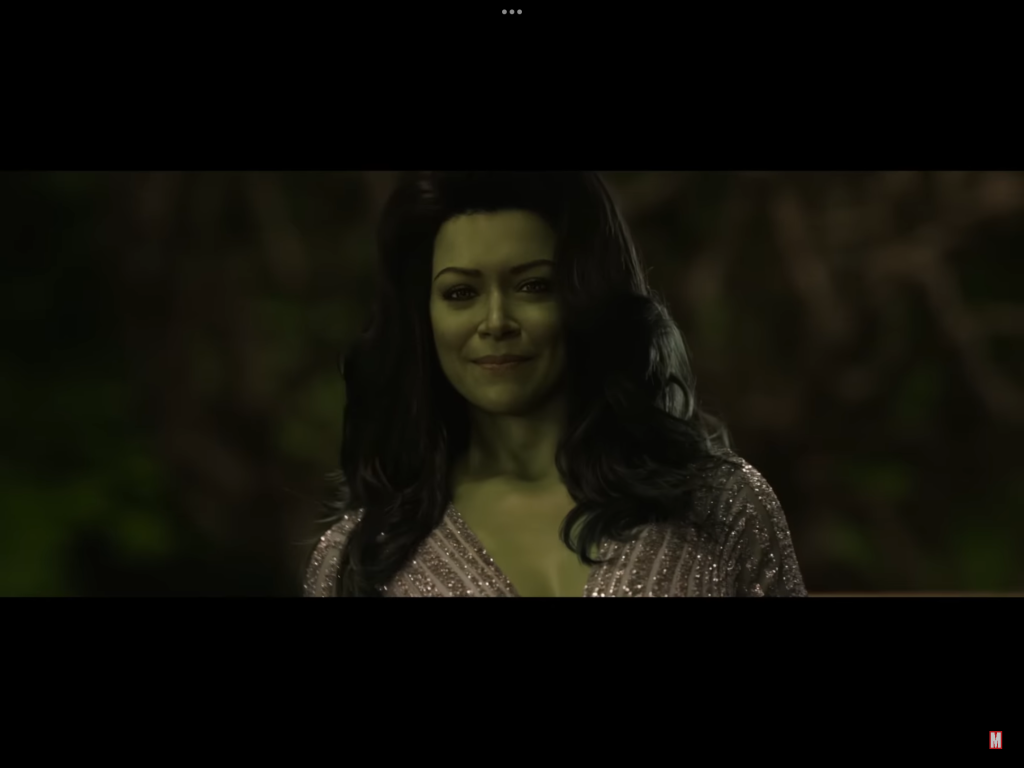 It’s rightly said that with great power comes great responsibility. The serotonin influx which Jen had after saving people was momentary. The rest of the episodes have shown Jennifer developing an identity crisis over time. By the time we reach episode 7, we discover that Jennifer has a love-hate relationship with She-Hulk.

Jennifer’s boss fired her the moment she became a national headline. But luckily, she got hired by another man called Holden Holliway. Holden hired Jen for her Hulk persona and demanded her to come to the office only as she Hulk. He made her his attorney for a special division that looked after the cases of offenses committed by people with special powers.

Her first case was with Emil Blonsky. Also known as the Abomination. A high-profile criminal who had tried to kill Bruce. At first, Jen was not willing to fight for the release of the Abomination for obvious reasons. But after meeting him, she realized that this “bad” person had reformed.

Unlike the popular belief that the bad guys keep getting worse until they die, Emil had been looking for redemption since his first days in prison. He had been practicing controlling his emotions and meditation. Emil had a terrible beef with Hulk, but while incarcerated, he wrote a letter and haikus to Bruce to apologize and show respect. 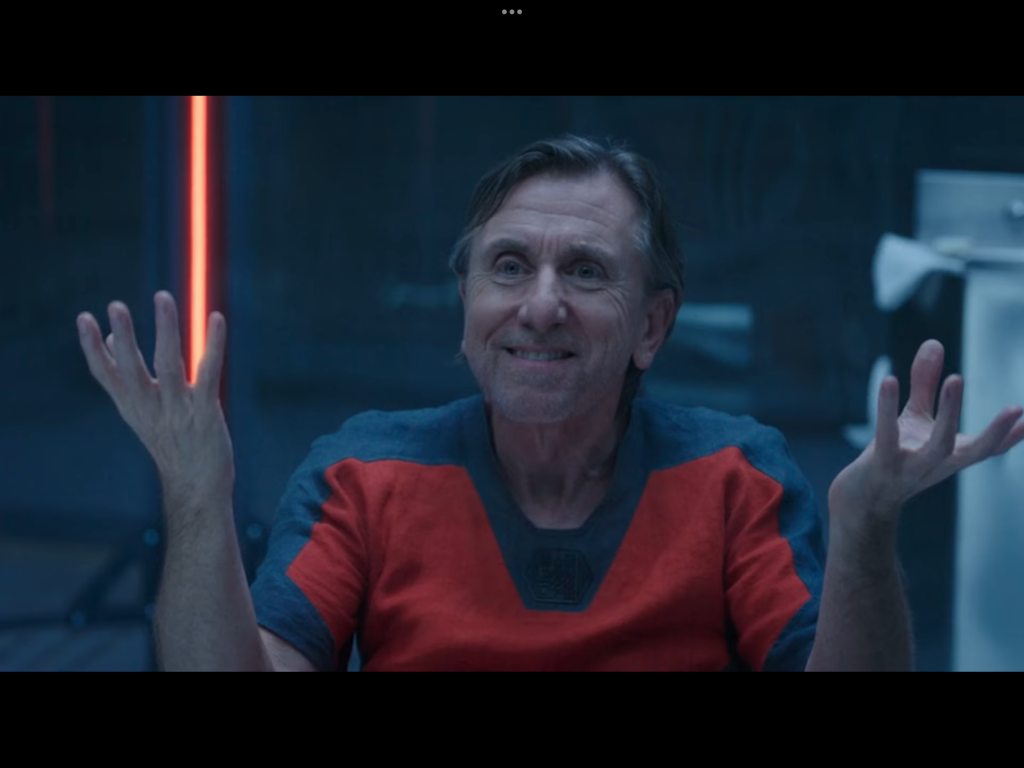 The Introduction of Wong

A few days before the jury had been set, a video of Emil went viral on the Internet, where it’s visible that he was not in prison and has been declared a fugitive. He could also be seen fighting with someone. Later, upon questioning by Jen, Emil tells her how he was forced to go out of his prison and fight with a mystical man. This mystical man was none other than Wong, the sorcerer.

Wong had been looking for a worthy opponent to fight, and thus, he chose Emil. He had given Emil an option to go or not go back to the prison. And Emil didn’t choose the latter one. All these things proved Emil to be truly reformed, and finally, he was released. With the success of her first client. Jennifer was on cloud 9. While she still struggled with her real-life self and she Hulk. She was pretty satisfied with the success of her first case. 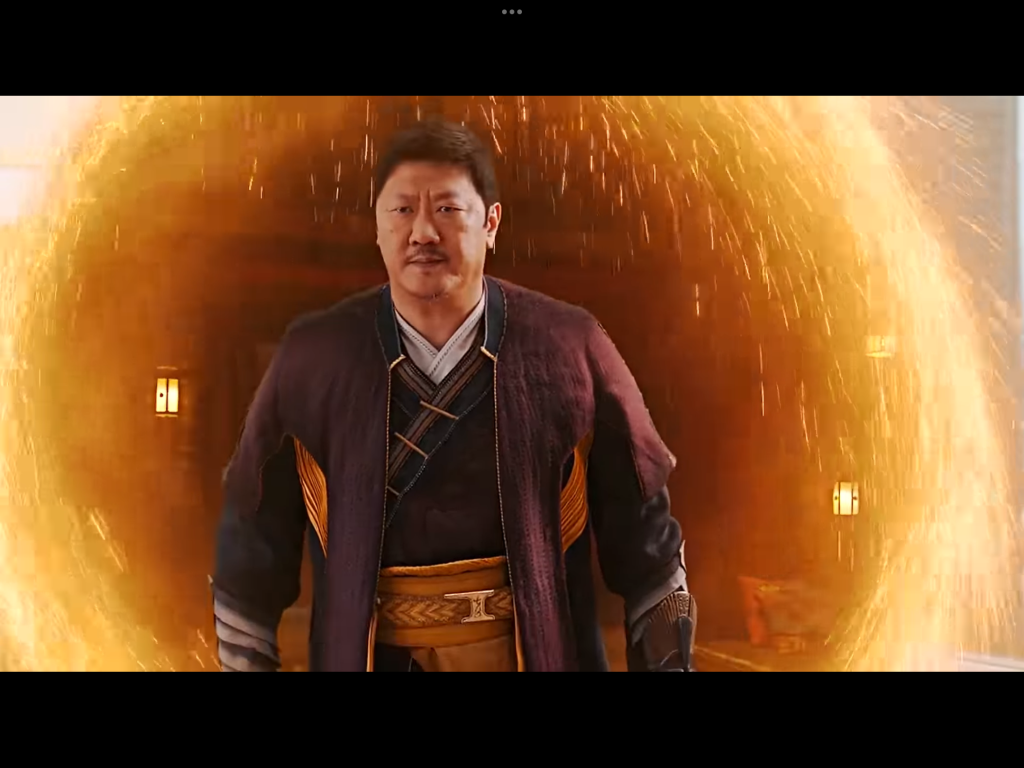 She continues to solve more cases involving an immortal man who fakes death whenever he’s in debt, a shapeshifter, and a guy who uses the mystic arts for magic shows, risking people’s lives.

Jennifer And Her Love Life.

Away from all this chaos, Jennifer’s best friend Nikki advises her to try some dating websites. The identity crisis kicks in when Jennifer sees that nobody really matches her, but the moment she changes her profile to She-Hulk, she has hundreds of men going gaga over her. She went on a few dates. For comic relief, we got to see all the different types of men you could meet on a date, and it was genuinely hilarious.

But for Jen, this was all a little suffocating. Nobody cared for Jennifer. And they were all there for her Hulk, and many had malicious motives. Jen finally matched with a doctor and even had a small crush on him as he truly seemed to be interested in her. She made out with him the other night. But, he was not very pleased to look at Jennifer’s personality. He later accepted that he was there only for the Hulk. 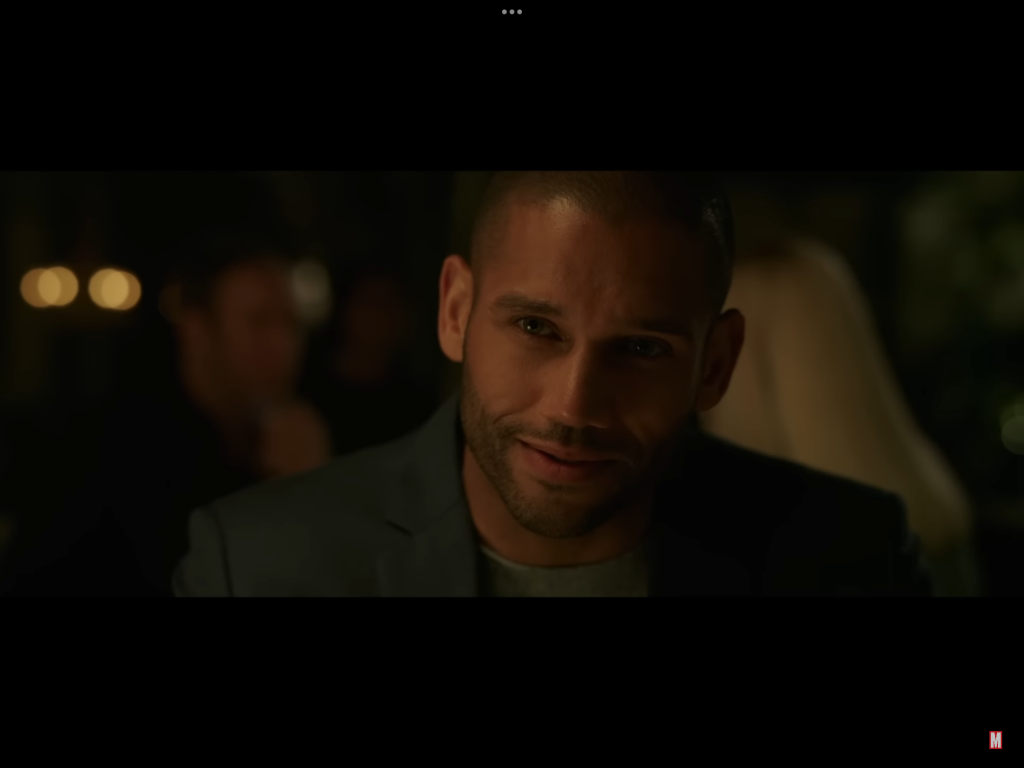 The loneliness in Jennifer’s life was present even before the fame. But fame made it even more melancholic. The feeling of emptiness was eating her away. Her rival Titania had started a brand called her Hulk, and since, Jen had not copyrighted her Hulk as her name. Titania tried to sue her. Things didn’t go well for Titania, and she lost the case. 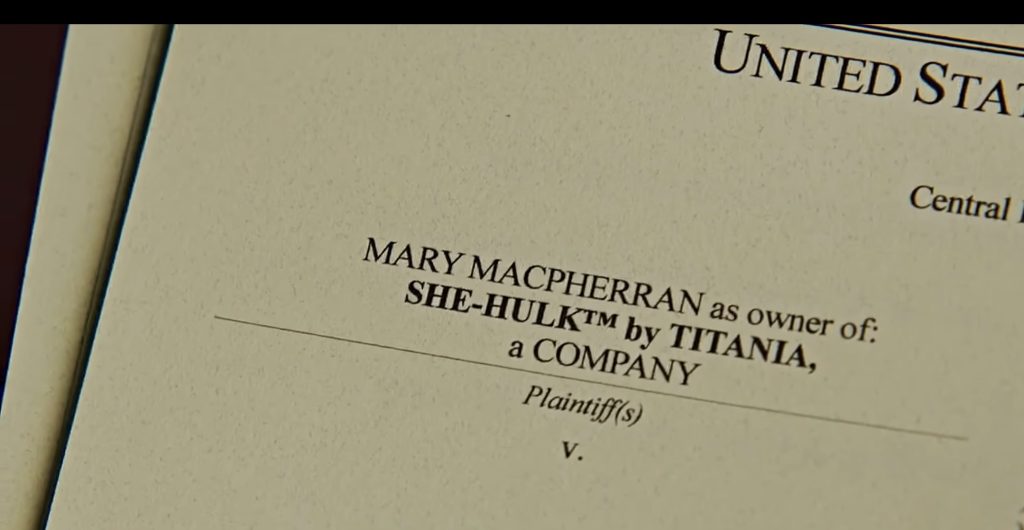 Our lonely protagonist then went to attend the wedding of a friend and met Josh Miller there. Sweet, polite, kind of bubbly, flirty, and a guy who had shown interest in Jen and not the Hulk. He was the perfect green flag, and Jen was head over hills for him. She got so obsessed with him that even while driving her car or during work hours, she could be found texting him.

Eventually, two of them hooked up. But, this fairy tale came to an end that night. While Jennifer’s body is impermeable in her hulk form, it’s pretty easy to extract blood from Jennifer’s human form. He extracted her blood, copied all the data that was present on her phone, took a picture of her. all while she was asleep, and forwarded it to someone called Hulkking. 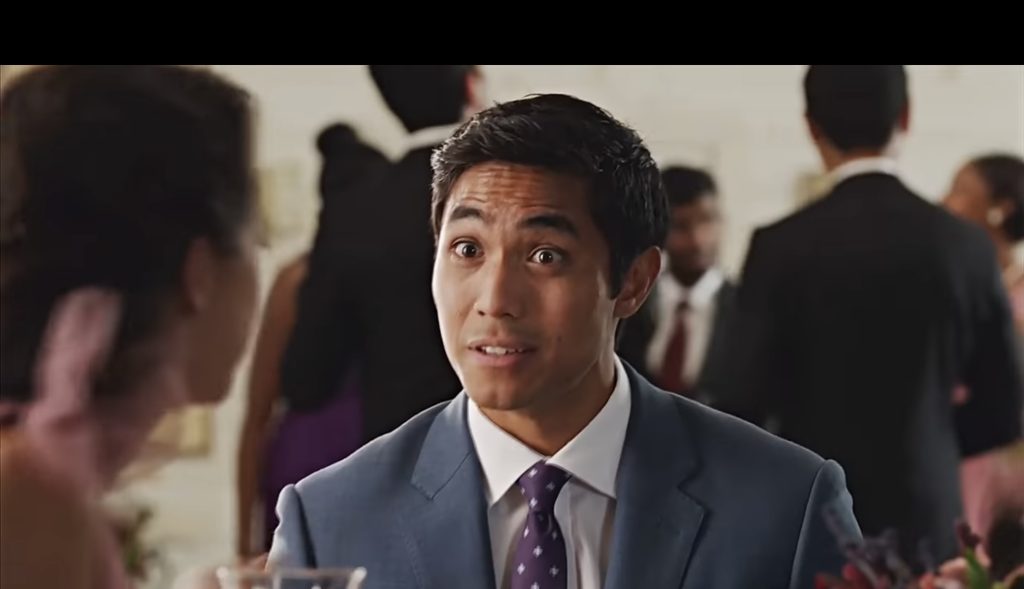 Josh had been working for Intelligencia. A shadowy organization that has despised She-Hulk since the beginning. After his motives were complete, Josh started ignoring Jennifer. This was enough to drive Jen crazy. For the first time in her life, she felt that someone truly cared for her. Emil’s parole officer had requested Jen to check on Emil, and it was during his meditation sessions that Jennifer broke down because a guy had left her.

This is all we know about the show so far. With everybody aiming for the Hulk and trying to use Jen for selfish intentions, Jen has started to feel like an object. A vessel. Jennifer had been attacked by people previously near her apartment who wanted to steal her blood. People had been rightly swiping her for the Hulk, and she had been hired by a law firm because she was the Hulk. And, now, the man she had developed really strong feelings for had stolen her blood and taken her picture when she was half naked and asleep.