A British Comedy panel game show, “Taskmaster,” has returned to the screens with a new season to entertain fans all over the world. The show has won many Awards over the period. It has also been nominated for awards such as British Academy Television Awards in 2017 and 2018 and the British Comedy Guide Awards in 2019.

Typically, in the show, a group of 5 famous personalities, especially comedians, tries to complete a series of challenges. Horne plays the role of an umpire during each challenge, and Davies judges the work of each contestant and, based on their performance, awards points to them. Tasks or challenges range from simple physical challenges, such as eating as much watermelon as you can, to more complex tasks.

In some cases, some challenges are timed or maybe even consist of multiple stages. In some cases, contestants perform tasks as a team with one or two other participants. Tasks given to contestants are pre-recorded and are usually conducted in the Taskmaster house. The game show has recently made a comeback with the 14th season, and the contestants will give their best to impress Horne and Davies. 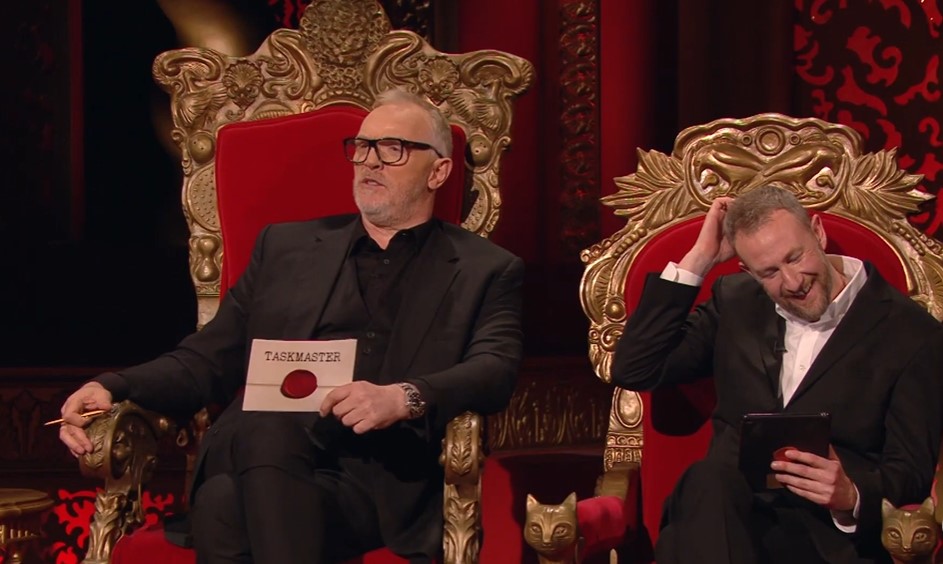 Taskmaster Season 14: What Do We Know So Far?

In the previous episode, the participants were seen to fumble frozen peas. One nice challenge in the previous episode was to work out what films were represented by various objects. There was also a painting challenge where players controlled the drip from Alex’s hose while they all shouted the names of different birds and fishes.

In the second episode, John Kearns would be seen as nostalgic about fonts, whereas Sarah would search for a door that could be a part of some challenge. Fans will laugh out loud when Munya Chawawa falls in the bath, while Alex will be seen as happy as he will get to supervise tasks that will involve administration.

By the end of the third episode, answers to many curious questions will be given. Is Fern Brady able to fly? Is Sarah Millican not scared of fire, or is she fireproof? It would be fun to hear the answers to such questions.

The previous season of the show featured Sophie Duker, Judi Love, Chris Ramsey, Ardal O’Hanlon, and Bridget Christie. By the end of the show, Sophie Duker was crowned the winner of the 13th season of Taskmaster by a thin margin.

Season 14, Episode 2 of “Taskmaster” will be airing on October 6, 2022, at 9 p.m. British time. Directed by Andy Devonshire and Peter Orton, the 14th season of the show features five contestants. The first of these five new contestants include stand-up comedian and Television presenter Dara O’ Briain. Since he is also an author of books for both adults and children, his world play is expected to create a buzz throughout the show.

Next up is stand-up comedian, writer, and actor, John Kearns. He is the only comedian to win both the awards, Edinburgh Comedy Awards for Best Show and Best Newcomer. Stand-up comic and writer Fern Brady is no new to the panel shows. He has previously appeared on 8 out of 10 cats, The News Quiz, and others. Next up in the line is Munya Chawawa, whose comedy videos become viral during the Covid-19 pandemic and lockdown.

Last but not least, the show also features Sarah Millican as one of the five contestants. She has been a comedy legend who was also named one of the 100 most powerful women in the United Kingdom. She also won the Awards by Edinburgh Festival Fringe, BBC, and Chortle.

Where To Watch Taskmaster Season 14 Episode 2?

Taskmaster aired on channel Dave for five years but shifted to Channel 4 in 2020 with the tenth season of the show. Taskmaster fans can watch the new episodes of season 14 on Channel 4 at 9 p.m., and the episodes are scheduled to air weekly. The episodes will be later uploaded to the official website of Channel 4.

Having a long day is stressful. In the end, you just want to relax, and what could be better for this other than comedy shows? You shave to add this show to your binge-watch list.