Who does Rhaenyra get married to and who gets killed off? 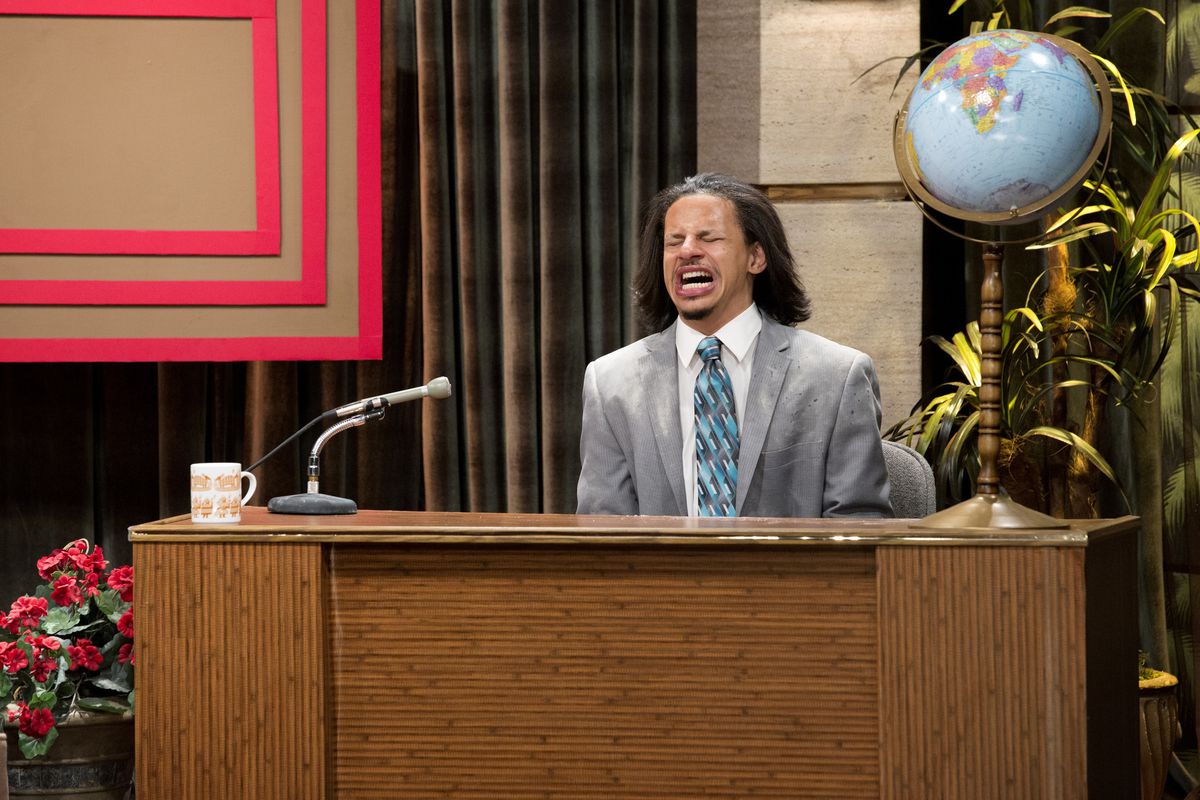 The fifth episode of the House of the Dragons – We Light the Way – premiered on 18 September. And Rhaenyra is finally married off. To Ser Laenor Velaryon, of all people. And just like its predecessor, blood was spilled at a wedding. And in the true Game of Thrones fashion, we also got to see a crushed skull.

In last Sunday’s episode, we saw Daemon return as The King of the Narrow Sea and back to his usual antics. He got into certain dalliances with Rhaenyra before she finally got together with Ser Criston Cole. In other news, Ser Otto Hightower was removed as the Hand of the King, and Queen Alicent chose to believe Rhaenyra over her father. Now that the season is halfway through – well set against a backdrop with good time spacing, the throne is now up for grabs, and a war over succession is soon to follow.

Here’s what happened in Episode 5 and who died in the end.

For so long, we have only heard about Lady Royce – Daemon’s wife. The episode opens with her out hunting, and while returning, she encounters Daemon. She regards him with utter disdain, responding to which Daemon throws her off her horse and crushes her head in.

Meanwhile, on the other side of Westeros, the King’s fleet is seen sailing across the sea to land at the Iron Islands. King Viserys is visibly ailing and in discomfort. Viserys plans on marrying off Rhaenyra to Corlys Velaryon’s son – Laenor. Ser Corlys is not there to greet King Viserys – but instead, we see a grown-up Laena Velaryon.

After brief negotiations, Rhaenyra and Laenor are to be wed. A private discussion after Viserys has taken to bed shows Princess Rhaenys’ concern over Laenor’s “true nature” and his safety as future King Consort. Corlys, however, dismisses her concerns and focuses on the fact that this marriage would bring together two of the most powerful houses in Westeros. 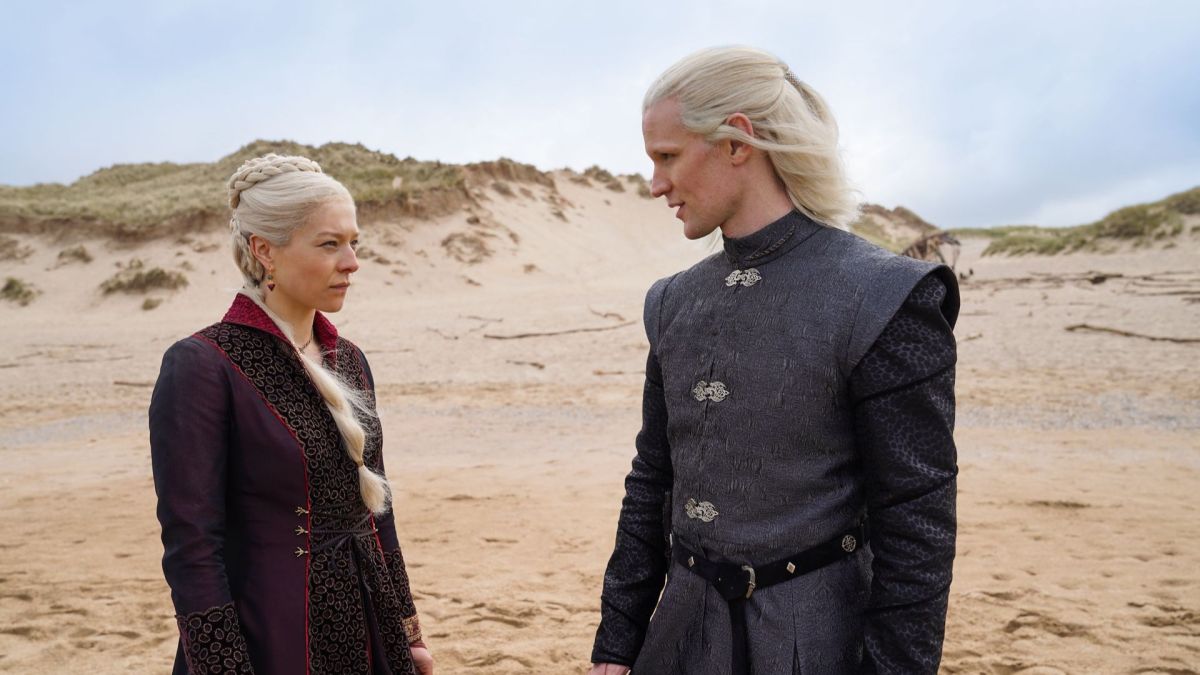 Meanwhile, Rhaenyra and Laenor, using very tasteful metaphors about ducks and gooses, arrange their marriage. Outside their duties, Rhaenyra would continue to see Criston Cole and Laenor, his boyfriend/bodyguard.

Of course, this all goes awry when on the voyage back home, Criston talks about them eloping to Braavos. Rhaenyra turns this down by saying that the crown is bigger than anyone and she cannot leave. Criston, visibly affronted about how he broke his oath, walks away from her.

Back home, in King’s Landing, Queen Alicent bids farewell to Otto Hightower. He promptly blames her for choosing to believe Rhaenyra. Otto tells Alicent she must choose sides because the King is dying, and Rhaenyra’s throne claim will cause war, putting Alicent’s son and the King’s first-born male offspring in danger.

Later in the courtyard, Larys Strong, the son of the king’s new hand, asks Alicent if Rhaenyra is well. He then wastes no time telling her he heard a rumor that the master delivered a potion to Rhaenyra’s room the other night. Alicent becomes upset because this means Rhaenyra lied to her in the last episode.

She moves to interrogate Criston when they return. And Criston, the honorable white knight he is, tells her about him and Rhaenyra. Alicent seemingly chooses to protect Aegon and stand against Rhaenyra in the upcoming war of succession.

The Wedding From Hell

Cut to the wedding feast, where members from all the titled families show up. We even get a glimpse of Ser Jason Lannister. Daemon shows up, basking in his newfound bachelor status, and gets into a spat with his late wife’s cousin. 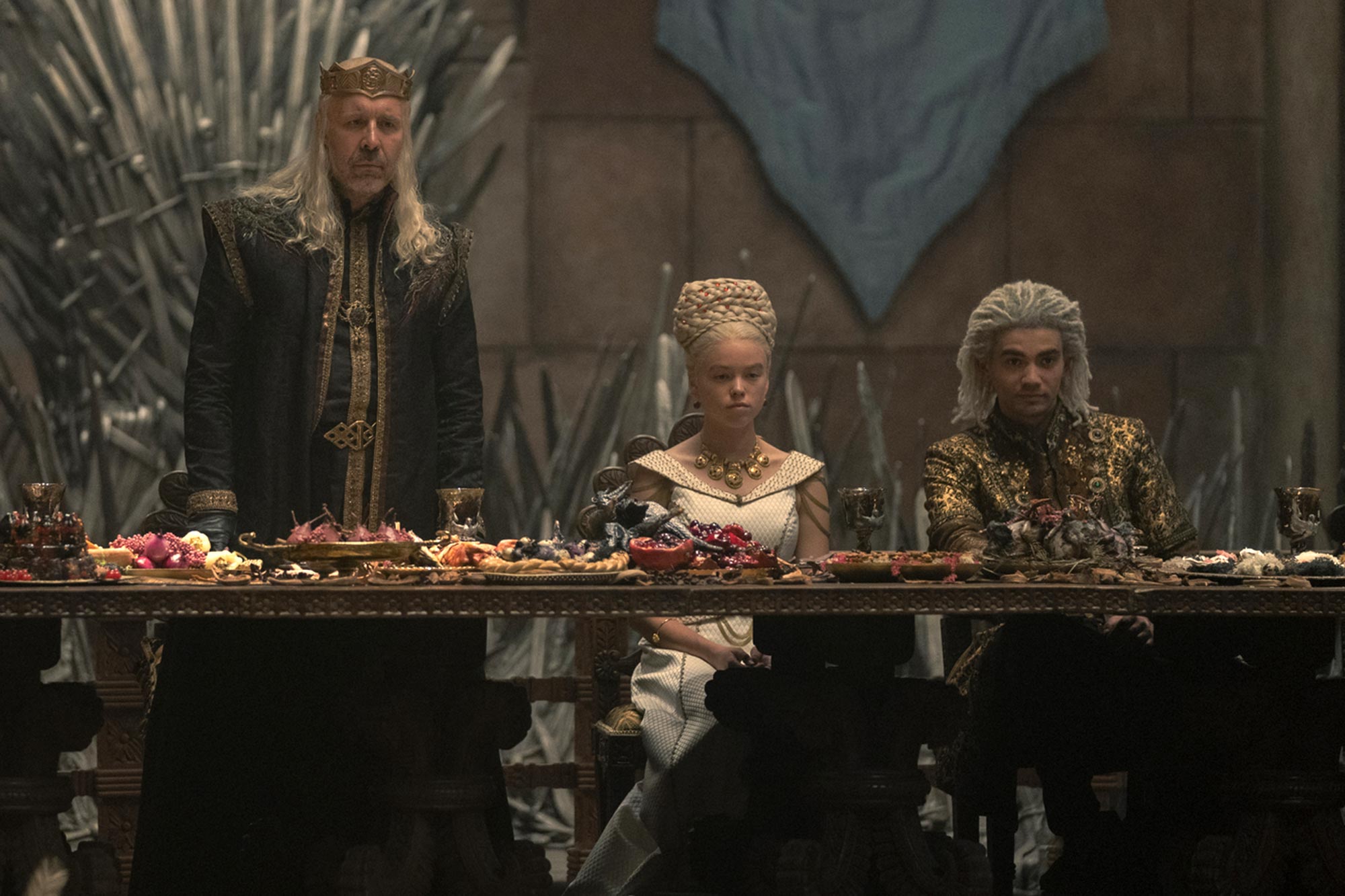 Queen Alicent arrives late, interrupting the King’s speech about joining the two houses. She is wearing a splendid green gown – the color of her house.

Daemon dances (read flirts) with Laena Velaryon and promptly moves on to Rhaenyra. At the same Laenor’s paramour confronts Criston – a face-off of sorts to see which party has the upper hand.

As Daemon starts to get aggressive with Rhaenyra, Criston moves in to ward him off. So does Laenor’s paramour. Things get confusing in the crowd, and the scene ends with Criston bashing Laenor’s boyfriend’s skull – very reminiscent of Oberyn Martell.

Rhaenyra and Criston are married in a private ceremony. In Godswood, Criston is just about to plunge a knife into himself when Alicent stops him. And the King collapses just as the ceremony ends.

Episode 6 airs next Sunday in the true Game of Thrones fashion.

Tags: house of the dragons 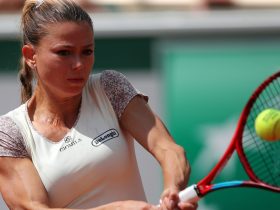 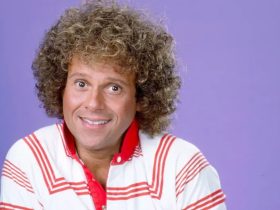 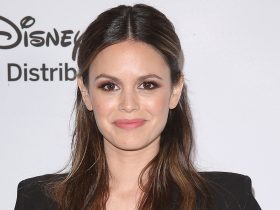