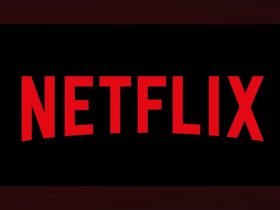 Recently, Roger Waters said in an interview that he is far more important than Drake and the Weeknd. In an interview on Friday, he expressed himself as he didn’t get much media attention on his tour. The reporters were not able to cover a review for Waters’ show as there was a concert by the Weeknd on the same night. He seemed odd not to get coverage from the media, and the Weeknd received all the limelight. Pink Floyd’s Roger Waters thinks he is more important than these Canadian artists.

You can call him self-centered, mean, or even self-obsessed. But as an artist, you need to know the limitations of attacking someone for their popularity. If an artist is more popular or says he is a better singer or an artist, then he deserves all the respect and attention. And in our opinion, we think that the Weeknd is the current generation’s favorite pop star. He should get all the respect and coverage from the media and audience.

In this article, please learn more about Pink Floyd’s Roger Waters and his works.

Who is Roger Waters?

Roger is an English singer and musician. He was born on 6th September 1943. Waters started his musical career in 1964, and he is still performing. He gained fame from his band “Pink Floyd.” Roger co-founded this band with Syd Barrett, Nick Mason, and Richard Wright. Roger became famous for the success of the band. Pink Floyd’s famous albums were “Wish you were here,” “Animals,” “The final cut,” and many more. Although, Roger left Pink Floyd in 1985. From there on, he worked as a solo artist. Some of his famous solo albums are “Is this the life we want?”, “The Pros and cons of Hitch Hiking,” and a few more. He started his latest tour, “This is not a drill,” in 2019, and he is still performing for this tour.

More details on his latest controversy

After his concert, Roger Waters took charge of The Weeknd and Drake. He said that he is more important than these artists. Waters performed at Scotiabank Arena, Toronto, for his tour “This is not a Drill.” On the other hand, Weeknd had a show at the Rogers Centre on the same night.

Due to some power issues all over Canada, Weeknd’s show was postponed, but Roger’s show was held as per plan. Roger found that most reporters and media went to Weeknd’s show for the coverage, and a few reporters were present during his show.

What did Roger Waters say?

During an interview on Friday, Waters expressed himself and said he is more important than Weeknd and Drake. He stated that he had no idea about Weeknd. He hasn’t heard any of his songs. Further, he said that people have said that Weeknd is a big name in the industry. Waters also said that he doesn’t have anything against Weeknd or Drake. It made him feel odd to be left out for the new-gen artist.

Therefore, these statements from Roger made it feel like he was selfish and he was rude to the two singers.