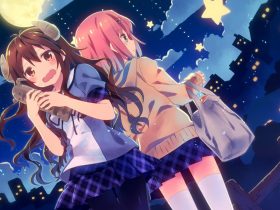 Machikado Mazoku Manga Was Paused For Health Reasons By The Author

Tatsuki Fujimoto, known for his  popular manga ” Chainsaw Man, ” has received many praises online for his new 143-page one-shot ” Lookback, ” which was announced on July 19 by Shueisha’s manga app “Shonen Jump +.” It’s up.

A technique that hides a deep meaning in the repetition of the same composition, a timely style that links with the vivid memories of reality, a message that quietly conveys the author’s own beliefs, and his deep love for manga. Many readers said, “It’s just a genius,” “I’m crying no matter how many times I read it,” and “I’ve become a fan.” They are being sent one after another. Tatsuki Fujimoto was born in 1992 and is 28 years old. “Fire Punch” announced in “Shonen Jump +” from 2016 to 2018 attracted attention from manga fans, and “Chainsaw Man,” which started serialization in “Weekly Shonen Jump” in 2019 jumped with a shocking style.

It became a big hit. The first part of “Chainsaw Man” will end at the end of 2020, and the second part will start with the announcement of “Shonen Jump +,” and it has been revealed that it will be animated. “Lookback,” which shows off his abilities as a manga artist, is now available for free on “Shonen Jump +.” Check it out and wait for the second part of “Chainsaw Man.”