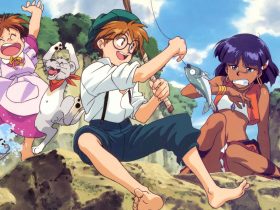 How about the entire MultiAnime band!

On this occasion KRAFTON, INC is happy to announce the arrival of season 12 and new events for this year in PUBG. This season will be accompanied by great surprises such as the collaboration of the Spanish motorcycle brand ‘El Solitaire’ and a new career mode.

Here are all the details of the news and the 2021 calendar of PUBG.

In addition, the announcement also features the schedule of activities planned for 2021, including a visual update of the Miramar map, a partnership with the European motorcycle brand El Solitario, and a new career mode.

The first of the planned updates in the calendar of KRAFTON, INC. will hit PUBG on Wednesday 2, with a complete visual makeover of the Miramar map. Two new 8x8km² maps are also slated to arrive, one in the third quarter of this year and the other between late 2021 and early 2022.

Updated Miramar PC: 06/02 – Consoles: 06/10 – Although the map had already received a small update in 2019 with the introduction of new aesthetic and classic elements, now Miramar will have a major visual update that implements the new ones. KRAFTON technologies used in recent maps such as Wasteland and Haven. The map will be available as part of Season Update 12.1.

New Map – Code Name: Tiger Q3 2021 – Following the Miramar remastering, KRAFTON will release its first unreleased 8x8km² map since 2018. Tiger will feature many of the key elements fans have come to expect on the new PUBG maps. Most importantly, it will bring an important new gameplay mechanic: the ability for players to return to the battlefield after a defeat.

New Map – Code Name: Kiki Between late 2021 and early 2022  Later this year or early 2022, KRAFTON plans to release its fourth 8x8km² map: ‘Kiki’. This map will provide a number of diverse locations, from mysterious underground laboratories and huge skyscrapers to swamps and underwater buildings. Although the map is still in development, KRAFTON plans to share additional details later this year.

For more details on the first update of PUBG plans for 2021, click here. The second part of the plans, which will focus on basic updates to the game and services, will be shared at the end of the first half of the year.

To celebrate both companies’ commitment to taking on new challenges and creating their own trends, KRAFTON will feature the popular El Solitario ‘Desert Wolves’ off-road motorcycles and PUBG- themed apparel for a limited time until December 30 this year.

To add to this partnership, PUBG will receive a new limited-time career mode. This mode, which is available on the Miramar map, features two different types of races: solo and team with up to four players.

Players who own the ‘Desert Wolves’ Solitaire vehicle skin will automatically see it applied to their Motor Bike vehicle.

The Career Mode will be available for the PC versions from Wednesday until the 14th, while for the console versions it will be between the 10th and the 21st of this month.

New Ranked Season: Update 12.1 marks the start of a new Ranked Season, meaning that all rewards earned during Season 11 will be automatically added to player inventories once Season 12 begins. Its predecessor, Season 12 Ranked will run for two months.

Weapon Upgrade System Skin: The new weapon skin upgrade system will be implemented with this upgrade, allowing players to upgrade the skins of a given weapon by consuming a specific item or material in the game. Obtained through the ‘Lucky Box’ weapon skin, these skin upgrade items will also add new features to weapons as they progress.

New Weapon – Lynx AMR: Available through Care Packages in normal matches on the Miramar map, the L6 Lynx is PUBG’s first anti-material rifle. This semi-automatic box pistol is capable of piercing military equipment, gamers, and armored vehicles. Although designed as a strong vehicle counter, the L6 is still an effective sniper rifle against gamers when used wisely.

New Vehicle – Quad: Available at Miramar, this off-road vehicle has four low-pressure tires with a pilot seat designed for driver use, with an iron handlebar for steering control. It is inspired by an off-road racing car, but unlike this one, it includes a rear seat for a second occupant.

Lobby Ball: While waiting on the starting island for a match to begin, players will now find a soccer ball to play with other survivors. It can be used to dribble, pass, shoot, or coordinate a little soccer game while they wait.