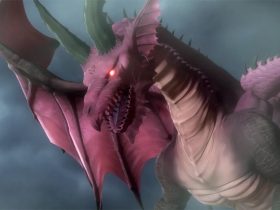 Dragon’s Blood vs. Dragon’s Dogma: Which one you preferred as Netflix Anime?

On May 17, it was revealed that the movie version of the popular anime “Gundam” series “Mobile Suit Gundam: Hathaway of the Flash” (directed by Shukô Murase) will postpone the scheduled release on May 21. Due to the spread of the new coronavirus and the announcement of a state of emergency, the release on May 7 was postponed to May 21, but it has been postponed further.

On the 17th, the box office revenue of the movie version of the anime “Kimetsu no Yaiba” based on the popular manga by Koyoharu Gotouge, “Theatrical version of” Kimetsu no Yaiba “Infinite Train Edition” It was revealed on May 17 that it had exceeded 39,970 million yen. The number of spectators mobilized exceeded 28.93 million.

On the 18th, all 12 episodes of the second season of the TV anime “Dropkick on My Devil” based on Yukiwo’s manga will be broadcast on Nico Nico Douga from 7:00 pm on May 29. It turned out. At the end, voice actors will appear, and a serious announcement is planned.

On the 18th, actor Ryo Yoshizawa will release a new movie version of the anime “My Hero Academia” based on the manga serialized by Kohei Horikoshi in “Weekly Shonen Jump” (Shueisha), “My Hero Academia THE MOVIE World Heroes”. It was revealed that he will appear as a voice actor in “Mission” (directed by Kenji Nagasaki, released on August 6). Mr. Yoshizawa will play Rody Soul, the original character for the movie, which Mr. Horikoshi worked on as the original design.

On the 19th, it was revealed that the second cool of the TV anime “Mushoku Tensei-If you go to another world, you will be serious” based on the popular light novel on the novel posting site “Let’s become a novelist” will be broadcast from October. .. The broadcast was scheduled to start in July, but due to various reasons, the broadcast time was postponed.

On the 20th, a light novel born from “Let’s become a novelist” will broadcast the original TV animation “Because I was kicked out of the brave party if I was not a true companion, I decided to slow down in the frontier” It turned out that it will be changed from July to October.

At midnight on the 20th, the 7th episode “My My Revolution SAGA” of the second season “Zombie Land Saga Revenge” of the TV anime “Zombie Land Saga” with the theme of Zombie x Saga x Idol x Comedy was broadcast on TOKYO MX, BS11 and others. In the 7th episode, “Franchouchou No. 7” appears as a new member of the idol group “Franchouchou”. Popular voice actor Kana Hanazawa played the dance, and on Twitter, there were surprised voices such as “Eh !?” “No way Hanazawa-san !?” “Too gorgeous!” In the notice of the 8th episode “Saga Incident No. 1”, “Legendary Oiran” Yugiri appeared.

On the 21st, it was revealed that the TV anime “The Case Study of Vanitas” based on Jun Mochizuki’s manga serialized in “Gangan JOKER” will be broadcast from July. It was also announced that music producer Yuki Kajiura will be in charge of the music.

On the 21st, it was revealed that the TV anime “The World’s Finest Assassin, Reincarnated as a Different World Aristocrat” based on the popular light novel “Become a Novelist” will be broadcast from October. The work was scheduled to be broadcast in July, but it was postponed due to “various circumstances”.

On the 21st, it was revealed that the TV anime “Slow Loop” based on the manga serialized in “Manga Time Kirara Forward” (Houbunsha) will be broadcast from January 2022.