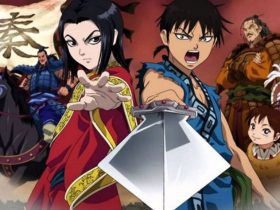 First, when you pick up the book, it’s different from the clothes! “Crayon Shin-chan” was serialized in “Weekly Manga Action” (Futabasha) in 1990. “Weekly Manga Action” is a seinen manga magazine. In the past, “Lupin III” (Monkey Punch) and “Jarinko Chie” ( Etsumi Haruki ) were serialized. Unlike “Doraemon” and “Chibi Maruko-Chan”, it appeared as an “adult-oriented” work. There are many differences between the original and the anime, but … First of all, the details. For example, Shinnosuke’s outfit is a red sweatshirt on the top and yellow shorts on the bottom in the anime, while the original is bright yellow on the top and purple on the bottom. Also, the name of the kindergarten is “Futaba Kindergarten” in the animation, but in the original, it is “Action Kindergarten” from the name of the serialized magazine. Action KamenThe origin of the name was also taken from the serialized magazine. The familiar snack “Chocobi” in the anime has not yet appeared in the early days of the original work. Early Shinnosuke’s favorite food is clearly marked as “Koala’s March”. After that, in Volume 3, a “chocolate biscuit” will appear, and in Volume 4, “Chocoby” in a tubular package will appear. (It’s unclear if this is “chocolate”.) When you read the original story, you may be surprised by Shinnosuke’s humble attitude and his friendliness such as Masao, but this is not the case. It wasn’t limited to the original, but it was the same in the early anime. Is “the original is radical” true? It seems that the decisive difference between the anime and the original, Hiroshi Nohara, depicted as a young couple, is whether it is from an adult’s perspective or a child’s perspective. In the anime, it is drawn from the perspective of Shinnosuke (= the perspective of the child who is the viewer), so even Mother Misae is “Youkai Kechikechi Obaba “.However, my father Hiroshi is often referred to as a “salaryman with legs” and “old man”, but in the initial original work, he is described as “a young couple raising a 5-year-old child”. Scenes, where the couple’s life is disturbed by Shinnosuke, are often drawn (the scene where Shin-chan misunderstands contraceptives as chewing gum is famous), and besides that, it is not clear whether Misae is morning sickness or irregular menstruation. It is also a feature that various events that can occur in “young couples” such as troubling scenes are picked up. Sometimes there are voices such as “The original is radical”, but this is only compared to anime, and considering that it is a seinen manga serialized, the description itself is rather mild. And the consistent composition of the anime and the original is that “adults are swayed by Shinnosuke”. This is a trick that can be done because the production team is still following the style of the original author, Yoshito Usui. No matter what kind of storm Shinnosuke calls on the go, the scene that Hiroshi apologizes for is always inserted at the end. It is adults who guarantee the freedom of Shinnosuke and, by extension, children. This is one of the reasons why “Crayon Shin-chan” is loved for generations. As long as there are adults, Shinnosuke is free. Currently, “Crayon Shin-chan” is being serialized as “New Crayon Shin-chan” in “Manga Town” (Futabasha).