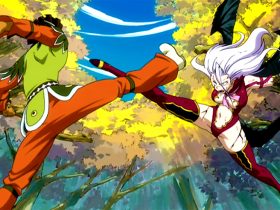 “New issue of the week” conveys information on  new comics. The main comics released from May 10th to 15th are about 210 titles. Twelve volumes of “The Duke of Death and Death”, which is also a hot topic for the start of TV animation in July, will appear.

On May 10th, the first volume of the manga version of the movie version of the popular anime “Gundam” series “Mobile Suit Gundam: Hathaway of the Flash” ( directed by Shukô Murase ), “One More Jump”, “Alpenrose”, and “Naughty” Michiyo Akaishi ‘s “Half Moon” and other volumes of “Kannazuki Shiko ‘s Graceful Time Killing” will be released.

On May 12, in addition to 12 volumes of “Shinigamibo-chan to Kuro Maid”, 18 volumes of “Burning Kabaddi” being broadcast on TV animation, and 21 volumes of “Nobunaga Concerto” starring actor Shun Oguri. 23 volumes of Hiramatsu Minoru’s new manga “Asagiro Asagiro”, 7 volumes of Masami Yuki’s “Shinkuro, Toru!” 13 volumes of “How to keep a mummy” and 8 volumes of “Peter Grill and the Time of the Sage” will be released.

Tags: The Duke of Death and Black Maid