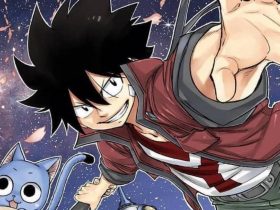 In response to the big hit of “Kimetsu no Yaiba”, the animation is drawing attention again. Until now, there has been a tendency for family-oriented animation to disappear one after another from the golden band due to changes in the environment surrounding television, but on the other hand, late-night animation that is premised on distribution is expanding. In such a place, NTV has set up an animation division, and Fuji TV and TV Asahi are also reorganizing to strengthen cooperation with dramas and movies, and the movement is becoming active. TV TOKYO, which was ahead of the anime initiative, is also proceeding with various strategic reorganizations. I followed the movements around anime, centering on TV stations.

Reorganization of Fuji TV’s anime
Fuji TV’s late-night anime has two regular frames, “Noitamina”, which is entering its 17th year, and “+ Ultra”, which was newly established in 2018, and is highly evaluated in terms of quality. The Anime Development Department, which was responsible for this, was established in 2013, but there was an organizational change on March 8th. It used to be in the Content Business Center of the General Business Bureau, but this time it was incorporated into the Organization Production Bureau and integrated with the Movie Business Center and changed to the Animation Production Department of the Film and Animation Business Center. We asked Toko Takase, General Manager, Planning Manager about this organizational change. “With this reorganization, our department has become the same organization as the movie team. Our strategy is to foster creators and strengthen cooperation with production companies.” Originally, Fuji TV was linked to TV animation. He has been strategically developing media mix such as working on theatrical animation and live-action movies, but it seems that he is trying to further promote it in the future. Although it was a story before the reorganization, one example of cooperation was “The Promised Neverland”. The original is a popular comic serialized in “Weekly Shonen Jump”, but a live-action movie was released in December last year, Minami Hamabe , Keiko Kitagawa , Naomi Watanabe. The gorgeous cast of San et al. Became a hot topic and became a hit with box office revenue of over 2 billion yen. The first animation of this work was broadcast on “Noitamina” in January 2019, but last year it was rebroadcast in October before the movie was released. With the movie released, we cooperated that the second period of animation will be broadcast from January this year. “Actually, due to the influence of Corona, the rebroadcast of the first period, which was originally scheduled to be broadcast from July, has been postponed. However, as a result, I think that the link with the movie has strengthened. Minami Hamabe And Keiko Kitagawa and others also explained the movie cast with a sub-audio during the anime broadcast. The movie became a hot topic, and I think we were able to move on to the second season of anime. “(Takase) Department manager (planning manager)

A new project after 10 years of the Great Earthquake
In the animation business of Fuji TV, a big initiative will start this April. It is “Zutto Ouen. Project 2011 + 10 …”, which will be held at the turning point of 10 years since the Great East Japan Earthquake. First of all, from April, the original animation “Bakuten !!” will be broadcast on “Noitamina”. “Ten years have passed since the Great Earthquake, and we will produce three anime works in the three affected prefectures in a project to build new value for the next ten years. The place where anime fans set the stage. The aim is to support the disaster area through so-called pilgrimage to sacred places and anime tourism. “Bakuten !!” is a work that depicts a high school boy who spends his youth on rhythmic exercises in Iwanuma City, Miyagi Prefecture. Since it is the 50th anniversary of the municipal administration, it has been decided to collaborate. The other two are movies, “Hula Hula Dance” is mainly set in Iwaki City, Fukushima Prefecture, and “Mayoiga of the Cape” Was set in Otaki Town and Tono City, Iwate Prefecture. It was planned around 2017, but at that time I was also involved in disaster area support as part of CSR (Corporate Social Responsibility). So, in 2021, 10 years after the earthquake, I wondered if I could do something with the anime I was involved in. In “Hula Hula Dance,” the main character of the movie became a tourism support character in collaboration with Iwaki City. , We are also engaged in various activities such as disseminating various information on SNS. The three works of this project will be lively throughout the company. ”(Same as above) In the April reorganization,“ + Ultra ”will be“ Cestus -The Roman Fighter- ”. The animation of the main character of the ancient Roman fist warrior starts. This is based on the popular comic of Hakusensha’s “Young Animal”.