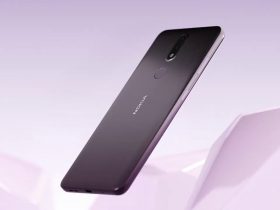 Nokia 2.4 May be Your Best Android One Budget Phone

4 G smartphones have now become a regular thing. The new thing that is buzzing around the market is 5G smartphones. The fact that users didn’t opt for 5 G phones in 2020 was because of the absence of the 5 G network. No country had fully be acquired 5 G internet, except some, but the majority of countries are still struggling to make it into a reality in their nation.

According to some reports it is stated that 5 G internet may start to roll out into various countries by 2022. This news will define shoot up the sales of the 5 G phones, and hence it is predicted that 5 G phones shipment will increase by around 40% in next year to what the current trend is there. This means people will surely be opting for 5 G devices in the coming year, at least that’s what the trend says.

The sales of 5 G phones will increase because of the entry of foldable phones in 5G devices. With the coming of 5G, the streaming experience of the users will increase because with the outstanding internet connection; users will be able to stream videos at 8K. But, this report will also depend on the price that may be seen only after this shipment of 5G phones actually come into play.

Will Increase in 5G smartphones, decrease the demand for 4G phones.

Yeah, this fact will depend on the pricing point of view because it may lead to mood swings of the customers if the price of the new 5G phones or the 5G data costs if stands more than people will definitely not incline towards 5 G devices.

Also, it depends on the 5 G connectivity in a country. Like, even today in India, 4 G connectivity is still not have been optimized to the fullest, which means users don’t get the actual 4 G internet speed. So, this fact may actually be very important in deciding the fate of 5 G smartphones sales.