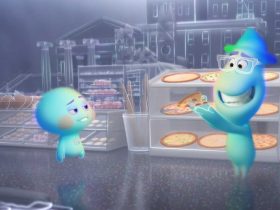 The year 2020 came with some films filled to the brim with actions even without the backing from big franchises. Here the best action movies launched in 2020 that you should not miss out on!

2020 lambast of movies was a bit unusual than expected. The year still managed to deliver some bang-on action movies. Due to the effect of the coronavirus pandemic, theatres from all around the world were shut down. This resulted in the release of far fewer action movies from Hollywood.

This also resulted in the rescheduling of other movies for 2021 from the major action franchises, such as the Marvel Cinematic Universe, Fast & Furious, and James Bond. Although this was a bummer, however, the action output was still kept high enough by the movies which were released throughout the year. Though not every comic book movie which had been set for 2020 was released, those that were, lived up to the expectations of the viewers with stellar performances.

As the year 2020 comes to an end, let us take our time and look back at the year and highlight some of the best action movies released. Here are the best action-packed movies of 2020.

Those who checked out this action/slasher movie from Blumhouse near the end of the year had a lot of fun watching it. The body-swapping serial killer concept from Freaky allowed Vince Vaughn, who played the role of The Butcher, and Kathryn Newton, who played as Millie, to turn in different performances, but the director Christopher Landon merged it seamlessly with the film’s actions. Aside from the movie’s inventive kills, it also uses the new bodies of Newton and Vaughn’s roles to its own advantage. Whether it is The Butcher in Millie’s body brawling to knock down a teacher, or Millie inside The Butcher’s body using his strength to easily overwhelm her friends, Freaky offers entertaining fight scenes that are pushed to their limits by its stunt coordinator Mark Rayner.

Though Wonder Woman 1984 might shine glamorously aside from the action scenes, this DCEU film still manages some good moments. The film opens with an action sequence of a young Diana taking part in Themyscira’s Olympics kicks off the movie with various action scenes. However, this pale in comparison to Gal Gadot’s action scenes as Wonder Woman. When she takes down the mall robbers, she shows how she has advanced as a crime-fighter since Wonder Woman and can make good use of her lasso. The White House action sequence where Wonder Woman fights Barbara Ann Minerva, along with Steve Trevor fighting Maxwell Lord, might be the best of the action sequences in the movie. Although the concluding showdown between Diana in her Golden Eagle armor and a fully transformed version of Cheetah is enthralling. Amazing work was done by Stunt Coordinator and Fight Coordinator, Rob Inch and Laing Yang, respectively.

Dylan O’Brien, who plays the role of Joel in this movie, is already an established actor from his acting in the Maze Runner trilogy. This movie received a PVoD release and showed Joel travel across a transformed Earth to find his girlfriend. In Love and Monsters, Joel comes across a number of mutated creatures, and this usually results in a thrilling action sequence. Though this movie focuses on CGI monsters more than people, it does not extend to being unbearable. The stunt coordinator is Glenn Suter for this movie.

This movie is a re-imagination of the Disney animated Mulan. The director Niki Caro made this movie partially a war epic featuring some big action sequences. The skills and battle prowess of Mulan allowed her to be utilized in multiple enthralling set pieces. The moments of Mulan outshining a fellow soldier in training and in her actions in the third act invasion the Imperial City. The stunt was enormous for such a sweeping epic, led by coordinators Ben Cooke and Scott Rogers and fight coordinators Heidi Moneymaker, Nou Sun, and Shane Yan.

The return of Martin Lawrence and Will Smith in the Bad Boys for Life movie exceeded most expectations. Directors Adil El Arbi and Bilal Fallah added a better story to the franchise for Marcus and Mike, which was lacking in Micheal Bay’s previous installments. However, Micheal Bay’s fun and explosiveness were not omitted in this one. Bad Boys For Life has a ton of outstanding action sequences, credits to stunt coordinator, and second unit director Mike Gunther. The moment to highlight is the big car/motorcycle chase in the middle of the night, and the third act also delivers memorable moments for most of the cast. Although Will Smith is the action star here, actors such as Vanessa Hudgens, Alexander Ludwig, Charles Melton, Paola Nuñez, and Jacob Scipio also get moments to shine.

Extraction deserves the top-five spot in 2020, just in terms of the action sequences it contains. Chris Hemsworth played the role of Tyler Rake, a deadly mercenary. This Netflix Original movie delivered some of the most magnificent action sequences of the year. Sam Hargrave, the director for this film, added an enthralling 12 minutes “one take” that is almost non-stop action. This single sequence is worth the best action moment of this year. However, Extraction is not just a one-trick pony. The fistfights, as well as the shootouts featured throughout this movie, are outstanding. Extraction lived up to its Hype, thanks to Hargrave’s background in action and an expansive team of stunt and fight coordinators.

READ MORE: The List of All the Upcoming MCU Phase Four Movies

Netflix Original movies provided us with another blockbuster action hit in 2020 with The Old Guard. Charlize Theron from the Atomic Blonde again showcased her skills for this movie. The Old Guard features a continuous barrage of action from the trope. The Old Guard focuses on a group of immortals, with each of them being a highly-skilled fighter. This helped the director Gina Prince-Bythewood in crafting memorable fight sequences with the help of stunt coordinator Bryce Counts and fight coordinator Danny Hernandez. Some of the highlight sequences include Andy(Charlize Theron) facing against Nile(KiKi Lahane) inside an aircraft, and the original respawn sequence at the start of the film.

Although The Invisible Man is not a true action movie, the director Leigh Whannell infused some thrilling sequences in the movie. Whannell utilized the area of his movie to create awesome action moments. Focusing on the invisible person gave him the ability to make The Invisible Man’s action visually stand apart. The standout fight sequence in The Invisible Man is the titular invisible man, Adrian Griffin (Oliver Jackson-Cohen), fighting the guards at the mental institution Cecilia Kass(Elisabeth Moss) is in. The credit for this action moment goes to fight coordinator Chris Weir, along with the stunt coordination of  Harry Dakanalis.

Margot Robbie got an opportunity to show her skills as an action star here and always at the center of the film’s best fight scenes. The moment of Harley Quinn breaking into the police station was a visually enthralling experience for the audience. There are other awesome moments, too, when Harley Quinn teams up with the Birds of Prey in the third act delivering stunning action, comedy, and character work. Much of the credit rightfully goes to the director Cathy Yan. However, special credits are also deserved by Chad Stahelski, who helped to beef up the action after principal photography and the creative action of fight choreographer and stunt coordinator Jonathan ‘JoJo’ Eusebio.

Tenet being the best action movie of 2020 is justified! Although the concept for Christopher Nolan’s time-manipulative blockbuster might leave some confused, the actions on display throughout are sincerely insane. Nolan has always been good at directing action movies. However, the action sequences infused in Tenet are the biggest and the most amazing ever. Every single action featured in Tenet is something to behold; credit goes to consulting stunt coordinators George Cottle and Amar Shetty, as well as fight coordinator Jackson Spidell. The moment where the protagonist (John David Washington) brutally beats down some henchmen in a kitchen is so thrilling. Everything, from the reversed fighting to the plane that they physically crashed to kick off the airport heist, will leave the audience on the edge of their seats. And if it was not all that amazing enough, the scale and intricacy of Tenet’s third act are nearly unmatched. Tenet is not a perfect film, but it is still the year’s best action movie.

Stay tuned with us to see more Top 10 compilations like this one!