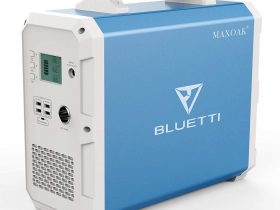 When they were individually running their business, Vodafone and Idea were losing subscribers and going into a big loss. After Vodafone and idea merged their networks to improve their subscriber count and convert their loss-making business to an ultimate new product that will combine new heights of profits for both the companies.

The behind the scenes were already taking the place of the merger between Vodafone and idea since 2017-18, but it was only after 2020 that the merger official took the final shape. But still, if we look at the subscriber’s count, Vodafone Idea (Vi) is losing its subscribers count; in October alone, Vi lost 2.65 million subscribers. While, Jio which has been at the top of the list in India of the network service provider since 2016, just after it’s inception, has added more number to its subscriber’s count also Airtel stood second after Jio in terms of addition of more number of subscriber’s to its network.

Read More-Jio Users can Use VoWiFi on Asus ZenFone 5Z, while T-Mobile users in the US get VoLTE.

Vodafone Idea (Vi) lost 2.65 Million subscribers while Jio got the most number of new subscribers.

Vodafone Idea (Vi) needs to review their business model and see their various older plans to optimize and create something new and affordable internet and calling packs in the future. Many Vi users complain about the non-connectivity of their devices on the Vi network when they head to a village area. Also, the terms of the Vi network are hard to post a minimum recharge, and if they fail to do so, they may lose the connection.

These drawbacks have been proven good for Jio and Airtel because the agitated customers of Vi are shifting towards Airtel and Jio. Many new users who are making a transition from their 2G device to a new 4G device may definitely choose either Airtel or Vodafone.

Reliance Jio added around 2.22 Million subscribers in October. At the same time, Airtel gained 1.45 Million more subscribers in the same month. While State-owned and run by BSNL( Bharat Sanchar Nigam Limited) has also lost around 10,000 subscribers. This means the competition in the Indiana service provider network is boiling down to only two giants: Reliance Jio and Airtel.

But Airtel’s growth was better than Reliance Jio’s?

If we look at TRAI’s data (Telecom Regulatory Authority of India), Airtel’s user’s growth saw an increase of 1.17% with a total 326.6 Million currently on board while Jio’s 0.36% with a heavy user base of 404.1 Million users. Vodafone Idea (Vi) now has only 295.5 Million users; the world only is used here is because before the merger Vodafone and idea existed as two different service provider. This means that the subscriber’s count of Vi is going down every month.