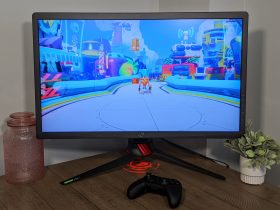 If the above-said statement was made say about 20 or even just 10 years back down the line, it may have probably been a matter of laughter for the people and why not because at that time, it was very hard to digest this thing because the concept of robots may not have or maybe emerging out at that time. One can never predict the type of market to flourish in the coming years, but it may only come to reality with time.

Artificial Intelligence or AI is the driving force of all the robots they are currently in use or will be used or will come into the market soon in the future. AI is improving its efficiency so as to make it more users friendly and more useful to the users. Down the line, we’ll see robots in every sector of the ecosystem.

Where would we see Robots acquiring the Ecosystem?

You might have surely come across videos or content on the internet that showed the involvement of robots in various fields. In a few years, it would be common to see waiters and even chefs in restaurants to be managed by robots. It all started with the same idea in 1956 at Stanford, where scientist created an AI project with the aim of building an end product that may function and will be able to do all chores that human does with human intelligence or perhaps even with more intelligence.

A major area of work where robots deployment will be maximum may be in the field of defense where soldiers may be replaced with robots such that the loss of life is minimized and the efficiency of these robots are also more than the humans also these robots don’t require mandatory rest to perform best but only require constant source of energy.

Will be really so easy, and doesn’t it includes any negative implications?

Every story has two sides, and so does it one has; we need to understand that if robots become as conscious as humans, then that may not be a very good thing for us because it is a bitter and well-known fact that robots may definitely be more efficient and intelligent than humans due to AI. This will create a more factor in the dominance of robots over humans, which is very sad if this thing really comes true. Many movies had too in the past predicted this, and this becomes a more worrying thing for us.

What can we do about it? The answer is we can’t do anything about it. Only we could do try to reduce our dependency as much as possible on robots. This is the only thing we could do to enjoy the era of Robots and AI and also be away from the dominant thing of the robot.