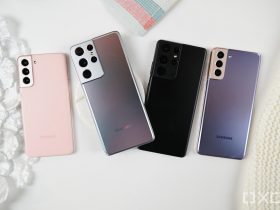 When it comes to processor and user’s privacy you can’t take on any other brand other than Apple. Apple has been always known for its best of the best processor that is currently there out in the market. The main competitor of Apple’s Bionic Chip is Qualcomm’s Snapdragon. Almost all the other brands other than Apple bats on Snapdragon processors.

This time what I said above makes a reason this time too because a recent survey shows that Apple’s A14 Bionic Chipset is still ahead of the all-new Snapdragon 888.

READ MORE-Apple plans to get into foldable devices’ genre, the first device may go in the market by 2022

Apple’s A14 Bionic is Better than Snapdragon 888?

There were no more adjectives left to glorify the effectiveness of the earlier Apple’s A13 chip which was called as a Beast. But, the all-new Apple’s A14 Bionic processor is on another level, so you surely need a better dictionary to search for another heavy adjective for it. The A14 Bionic Chip came into the market with the Apple iPhone 12, which was launched recently.

Qualcomm’s latest processor Snapdragon 888 too fell short in front of Apple’s A14 Bionic processor in the recent benchmark test that was conducted. Talking about the figures, in the multi-core performance benchmark test Apple’s A14 scored 4187 points while in the same test Snapdragon 888 scored 3794. Also, it is being said that the A14 Bionic chip scored 1603 in single-core performance.

If you could look back at the time when Apple’s that time new A13 processor became sensational as it used to stand ahead with every other processor at that time in the market.

It would also amaze you that Snapdragon 888 too fell behind the predecessor of the A14 that is A13. This makes things pretty clear that Snapdragon has to now surely improve things as Snapdragon too has a larger customer base perhaps maybe more than Apple’s customer base due to its compatibility with various Android phone manufacturing brands. Though these scores aren’t the final bell, more such are in the way to come which would eventually clear off the confusion and would definitely help us to get a clearer picture as to which of the two is best.