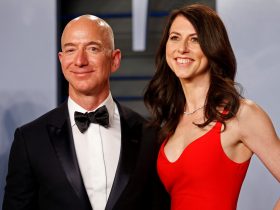 You might have recently come across the news about the stealing of Apple Products from an Apple Store in Karnataka in India. Many of us might be thinking to be one amongst them to experience the hoard.  But Apple isn’t in that mood for this incident, the company is had made serious allegations on Wistron, for breaching various terms and conditions of the company and ordered a probe for the same.

Apple is always known for its new and out-of-the-box devices which include iPhones, iPods, iPods, MacBook, and many others. But, this time there is something else that made Apple spotlight and this thing happened in India and to be more specific in Bengaluru, which is the capital city of the state of Karnataka.

What exactly did happen at Wistron?

According to sources, the company wanted to increase its production scale and to fulfill its dream the company decided to hire 20,000 employees. This later proved their major mistake because the production didn’t manage to scale up to that extent to satisfy entire employees. Also, after investigation, the Karnataka Government found that Wistron surpassed the permissible number of employees in the firm. At the time of the investigation, Wistron had 5,500 workers.

With that Apple found that Wistron too had flaws in the HR management, underpayment of wages for contract workers, and many others. It is also said that female workers were asked to overtime without proper permission of the authorities. This is what Apple never tolerates and hence it has always been the company that always cares for its employees.

How will Apple deal with this issue?

Apple has said that Wistron had failed to keep the company’s terms of work and said Wistron had violated the “Supplier Code of Conduct”. Apple never likes this attitude in the business and hence it will definitely take action against Wistron. Apple didn’t like the way of business that Apple does which includes nonpayment of wages which was basically due to improper working hours.

Apple would not allow these types of things to repeat nor with Wistron or any other supplier and now we would see what happens with Wistron when Government and Apple take action against them.

READ MORE-Oppo is coming up with the new Oppo X 2021, a new type of Screen features coming up