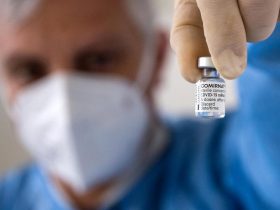 We all know that James Gunn is the director of The Suicide Squad. Although, as of right now, news has come out that he is quite unhappy with the decision of Warner Brothers to put all their films in 2021 on Hbo Max along with the theatres on the same day. It should be known to you guys that Warner Brothers have announced their decision to put all of their 17 films meant for 2021 on HBO Max as well as theatres at the same point in time.

These tales will be accessible to all the people for at least a month with no additional charges to the subscribers. Well, this DC film by Gunn can be considered as one of the major releases scheduled for the next year. The other films in this list include the anticipated blockbusters such as Dune as well as The Matrix 4.

James Gunn is rather disappointed by the decision made by Warner Brothers for their 2021 lineup!

You guys should know that The Suicide Squad actually serves as the follow up to the 2016 film made by David Ayer. This tale can be considered as both, a sequel as well as a revival film after its parent one was not received so well by the critics. Despite all the hate comments that were cast in its way, we know that it made quite a performance at the global box office.

Obviously, after James Gunn was set as the director of the new film, this brings fans a reinstalled hope for the exciting future of their favorite characters. As a part of the DC Extended Universe, we are well-acknowledged that The Suicide Squad serves as an important stepping stone in the upcoming slate of the DC Films. This is exactly when the studio is trying to execute a fashion together which is a successful comic book film set in a multiverse.

Here are the reasons why James Gunn thinks this is not a good idea!

Obviously, almost everyone who is present in the industry has been devastated by this step taken by Warner Brothers and this is exactly why people are using their platform to shun it. According to the news released by The Hollywood Reporter, it was Gunn who is quite upset about the move. According to the sources of that news media platform, it was said that Gunn is generally a platform-agnostic person who is literally upset for being blindsided as well as for the solutions that have been offered by the production company during this pandemic.

Also, there are a variety of sources that have revealed that the studio has offered these crucial members of the film crew a compensation model that would see the director as well as other important people getting money on the backend. All this while, it is possible that this dissatisfaction of Gjnn has originated from the fact that Patty Jenkins, as well as Gal Gadot, are getting approximately 10 million US dollars each after Wonder Woman 1984 is going to HBO Max before the cinemas.