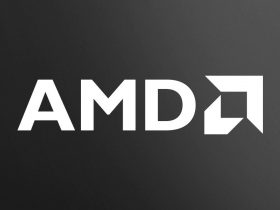 Nokia is now all set to install its lost trust and brand value. Over the years, Nokia has transformed from largest-selling feature phones to least selling phones after Microsoft acquired it. Nokia has faced all the wrath, up and down’s as one faces in his lifetime.

Soon after, HMD Global acquired Nokia from Microsoft. It started to work on the feedback it received and transformed the feedbacks into what we say feedforward. These started after Nokia returned to the path that it must have initially followed, that is, through Android. Now, Nokia is successful in re-establish itself and is now doing good in the smartphone market.

Nokia’s changed strategy also includes focusing more on the operating system. This also allows them to set the optimum price point of the phone and compete in the market with other brands.

This time, Nokia 2.4 is a budget smartphone with all the features you need to have in a smartphone.

Battery- Nokia 2.4 has a big battery backup of 4,500 mAh, which is enough for the entire two days. The one disregard feature of this phone is that it lacks the USB Type-C port.

Nokia 2.4 is powered by a MediaTek Helio P22 processor. The phone offers a single variant of 3 GB (RAM) + 64 GB internal storage, which expands to 256 GB.

The Nokia 2.4 comes with Android 10, which may be upgraded to Android 11. As said by the company, there will be no bloating and ads.

Camera- The camera setup is absolutely justified to the budget of the phone. The front camera is 13 MP +2 MP. The selfie camera is 5 MP, which clicks decent photos. But what more can you expect with a 10,000 budget phone.

It would be good to see if Nokia starts to release more of such phones in the Market. If you ask anybody, the majority of them will say that their first phone was a Nokia. So, it is not very difficult for Nokia to make a comeback and capture the Market again.

READ MORE: Samsung is Coming With a Triple Foldable Smartphone By Next Year