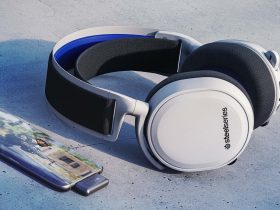 Well, Nokia after it’s bought and sell controversy with the Microsoft. Nokia looked into its business dynamics after HMD electronics acquired Nokia from Microsoft. Nokia initially had manufactured phones with Microsoft Operating System, and later when HMD acquired it, Nokia went back with Android and started to work from their mistakes.

Currently, Nokia is doing quite well in the mobile phone market, and it entered into Television manufacturing. Though, the Television sales aren’t quite satisfying for Nokia as of now because at the time when Nokia launched its first TV in India, OnePlus too had at the same time too launched their first TV.

Nokia to enter into Laptop segments in India.

Nokia seeing its peer’s brands entering into the Smartphone market after been successful in Laptop markets like Asus and Lenovo. Nokia has made up its mind to try the hands-on Laptop market.

Nokia hasn’t officially announced anything about the new Laptop it may be launching. But, according to a source, Nokia Laptops have sought BIS(Bureau of Indian Standard) certification, which must be taken by an electronic manufacturer for rolling it into the consumer market for sale.

It is not the first time that Nokia is launching its Laptop; if you could reverse your memory some time back, you could recall there had been a Laptop- Booklet 3G, yes you guessed it right, it was from Nokia in 2009. But, that time, it didn’t fell into the favor of Nokia. The Nokia laptops failed miserably in front of the big names like Dell, Lenovo.

READ MORE: iOS 15 is Rumored to be Rolled Out for iPhone 7 and its Successor

Will Nokia be able to do well with Laptops?

This time, it is said that Nokia is going to manufacture new Laptops from China. The Laptops are currently said to be listed on the BIS site, so it may be launching somewhere around 2021.

It is also being speculated that the new Nokia Laptops will be having has a revival past with Windows 10 Operating System, which seems good. Let’s see if this time Nokia will bring something out of the box.

It is hard to decide for the consumer if they are planning to go for a Laptop which is from a well established like HP, Dell, Lenovo or opt for some new brand Laptop like the one we are discussing here Nokia. Nokia’s TV has received quite good reviews if you scroll the Flipkart featuring page, though the sales weren’t that good. Now, only time will say what Nokia is going to offer this new Laptop and make itself unique among the other laptops that are doing very well in the market.