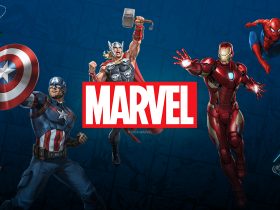 Well, the Indian smartphone market gets an addition of a new member. The new member is Tecno, and it is all set to launch its Tecno Pova on December 4. The phone could be seen as a similar phone like Redmi 9 or Realme Narzo 20 as the budget phone.

Though the company hasn’t revealed anything about the phone price, it is already doing good business in the Philippines and Nigeria. Tecno is trying to leave a mark on Indian users and is offering excellent specifications at a price that is set low.

As said, there hasn’t been any official announcement regarding the pricing of the Tecno Pova from the Techno. But from the price that has been set in the Philippines and Nigeria, it can be predicted that it may cost you around Rs 11 000 here in India.

The phone is all set to launch Tecno Pova on Flipkart on December 4. Tecno Pova will be available at the sale, set to commence at 12 noon on December 4. I don’t know whether it is a Hungry Sale or not, but most companies try to implement it because it leads to high brand recall value. Many of the brands like Xiaomi did use the concept of Hungry Sale during its time of inception.

About the specifications of the device, Flipkart hasn’t mentioned anything about it on the sale page of Tecno Pova.

The front camera has an 8 MP Selfie camera, which is punched as a notch to the phone’s display. The rear camera comprises of 13 MP primary sensor camera with a 2 MP sensor as well, and the fourth camera is AI(Artificial Intelligence) HD lens.

The all-new Tecno Pova seems all good in terms of its specifications at this price segment. But, only the down point we felt that it should have Android 11 support.

READ MORE: Own a New Xbox Controller Console for $40 on Sale, Works on PCs as Well