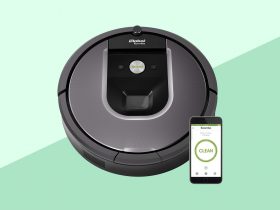 Soon, very soon, iPhone and iPad users will be able to use Google Stadia, a cloud gaming service that allows users to stream video games at 4K resolution, which is operated by Google.

Google Stadia can be used on iOS-based Apple devices.

The Verge(a company) is in the queue to develop Google Stadia, which will allow the iOS users to experience the cloud gaming experience on Apple devices.

But it may not be an app; it will be a web app. This web app can be accessed through a web browser like Apple’s Safari. Actually, it may run on any web browser, so that it will have no hindrance on Apple’s Safari as well.

The restrictions prevailing at the time of the launch of Google Stadia prevented it from launching the app on Apple devices.

Will Google Stadia be available on the iOS Store?

But soon after Apple started receiving criticisms, it relaxed some of its terms and allowed cloud gaming services on the iOS platform.

Google hasn’t made Google Stadia available in India yet, but it is not disappointing the fans, and it is expected it will be able by 2021 in India.

There hasn’t been any company that has successfully operated the cloud gaming service in India; it will be very nice to see Google may be the first one to do so.

It may be seen as a reflex of Microsoft’s planning to launch its cloud streaming service xCloud. It may also act as a perfect competitor against NVIDIA GeForce Now Cloud, which is successfully running on iOS web browser Safari as a Beta version.

Google Stadia will be turning one very soon. On the occasion of the First anniversary, Google has announced its first version of free-to-play games.

The Slate share feature will allow users to share their game points with their social media followers or viewers, which will be launching next year in January, which will also accomplish with Hitman 3.