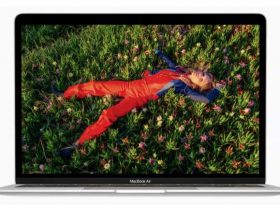 With NVIDIA recently launched it’s RTX GPU, AMD has decided to counter it with its new product, which is said to work equally on both PCs and consoles. This new GPU maybe something like a cross-platform DLSS super-sampling feature that will be available to its users very soon.
AMD’s all-new Radeon RX 6000 series GPU’s are based on RDNA 2 architecture. The news will delight its users that finally AMD has planned to implement it to new GPU’s as well.

The specialty about the New AMD Cross-platform supersampling feature

Currently, if you see around, you won’t find many games in the AMD game library, but the thing that makes its users rest assured is that every Xbox and Play station 5 (PS5 ) has AMD as it’s an integral part. So, this won’t make much effort for AMD to increase its game library, and it is expected that the game library will soon increase with the addition of new games with time.
In a recent interview, AMD’s Scott Herkelman said that they are pretty clear about bringing up DLSS alternatives to its GPU’s.
To reduce the cost and burden of developing codes for different platforms like PCs and consoles, AMD has found an alternative to create a game vendor and reduce the development time by working with game developers instead of working for both PCs and consoles.

AMD is surely trying to compete with its rival NVIDIA. But recent performance outputs of Radeon RX 6800 aren’t that convincing against NVIDIA RTX 30 series, but it’s a good start for AMD. But NVIDIA performs far best than AMD cards because of its already paired DLSS super-sampling.

AMD is making an effort to partner with Intel and NVIDIA to help developers’ work easier by re-use codes across various platforms, thereby saving time and money.
Though it is not as easy as bread butter, users still expect AMD’s future products to have stable optimization on PCs and consoles.
Many games currently don’t support AMD Radeon RX 6800 GPUs, but Scott assured that AMD would work closely to enable cross-platform work to go smoothly and easier.