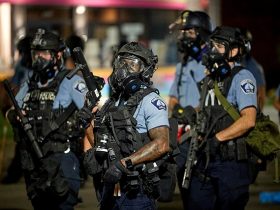 Google pay, a leading UPI (Unified Payment Interface) based payment application, is planning to shut down its web app in the coming year, that is, 2021.

Google Pay web app users after January 2021 may not be to transfer and receive money. The company had recently launched an all-new Android and IOS app.

Is Google Pay Going to Stop its Operation?

No, you have to read it correctly. It is said that the company is planning to stop the operation of the Google Pay web app version, which was also working well in the market; users may not be able to see the web app after January 2021.

Caesar Sengupta, General Manager & VP of Google, said that they have re-designed the Google Pay app and are soon launching it for IOS and Android devices. He says that the new app will help Google to build relationships with businesses and people. Also, it will add a multi-layer of extra security to the app to keep money and information safe and private.

The move has been set in by Google pay to reduce the dependence of two platforms, thereby focusing more on mobile application development.

Google Pay to charge its customers a Transfer Fee

Google Pay has planned to increase its revenues after earning from bill payments and recharges. Google Pay will be charging a Transfer Fee from its customers while transferring money from one another.

Google pay has the highest market share of the customer, as reported as around 35% after RBI (Reserve Bank of India) last month announced to cap the market share limit of the UPI companies has also worried Google Pay as well. PhonePe, a Flipkart enterprise, is in the second position in terms of market share.