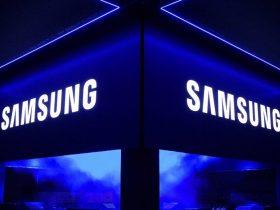 In the Q3 2020, Samsung Leaves Behind Huawei in Russian Smartphone Market

This year, the gaming market saw an upwards trend, pronounced due to the various restrictions, including the lockdowns in the various parts of the world, which have left people to find ways to keep them entertained and occupied. Various big game developers launched their various new games and saw the growing demands for the same.

The gaming experience is only experienced when you have a good graphic card, and so made the demand for graphic cards has also increased ever since the pandemic started.

One of the world’s leading graphic card manufacturer company NVIDIA saw very high growth in their revenues in the third quarter of the financial year 2020 that is 3Q21.

NVIDIA’s revenue saw a 57% increase from $3.01 billion last year to $4.73 billion this year. The overall graphic market saw a growth of 25%, and it is perfect for NVIDIA that it too grabbed a top-notch position in the market share of the graphic card manufacturer companies.

NVIDIA saw a major upward trend soon after it launched its Ampere GPUs. The Ampere GPU, too, has witnessed a growth of 37% from last year of $2.27 Billion.

NVIDIA, after the immense success it got due to Ampere GPUs, the company has planned to launch more GPUs in the Ampere series for PCs and Laptops in the coming months.

This data is extracted from the posts that were put out by NVIDIA recently.

NVIDIA recently acquired Mellanox, which was on the verge of closing. Mellanox too contributed to almost 13% of the revenue of the company, which is not a bad start.

The current quarter of the financial year ended October 25, 2020. From that following day, NVIDIA is worried about its decline in the data center revenue in this current quarter due to its Chinese customers’ loss.

NVIDIA is expecting to acquire ARM, which is a major developer of chips for smartphones, PCs. ARM is expected to be acquired for $40 billion from SoftBank, which is expected to close in the first quarter of 2022.

It is expected that the revenue of NVIDIA for the upcoming quarter maybe around $4.8 billion, which is obviously the combined revenue of ARM and NVIDIA. This would be a good choice for investors because you can expect good returns due to more increases in the company’s revenue.

NVIDIA and AMD, the leading graphics card development company, are both in the race heading towards grabbing a higher market share and bringing more user-friendly products for its customers.