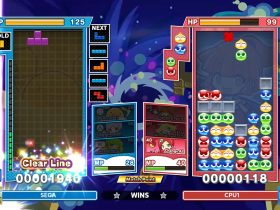 There is surely good news for Xbox One, Xbox Series X, Xbox Series, and PC fans because Halo infinite has recently released a new teaser, which has left its fans excited. The Halo infinite, developer 343 Industries and Microsoft had been silent over this game for quite a long time. With this teaser, release players can expect the Halo infinite to release soon, which was not seen a few months back.

This month, Halo infinite revealed a big gameplay and information dump in the summer, which was later followed by a phase of silence that lasted for some months, and long months of silence broke out only after the teaser release of the Halo Infinite.

The delay may likely be due to the launch of the Xbox Series X and Xbox Series S, due to which users were disheartened with the developers for keeping them in the waiting mode for quite some time.

The teaser brooked the suspense after the teaser release by 343 industries. The game developer 343 industries say that there is nothing more answer, which contradicts what the people say that Halo has not answered any of the questions.

The Halo Infinite developer 343 industries said they are excited to see how the customer reacts to the new customizations and progression, thereby giving users the multiplayer experience and deeper experience of the game’s content.

Also, the Halo infinite developer expressed their desire to communicate more details and information in the coming months, which means that some details are yet to get on the board very soon, maybe more of these sorts of teasers.

With this information starting rolling out, this shows that Xbox fans don’t have to wait too long for the release of Halo Infinite. This time 343 industries have provided more information through small chunks, but unlike before, it doesn’t let much information out.

Halo Infinite is expected to roll out in the first few months of 2021 or earlier than maybe in December of this year.

Halo Infinite is currently in the development phase for the Xbox One, Xbox Series X, Xbox Series S, and PC, and maybe next year; you would be able to see the game over all the platforms listed above.