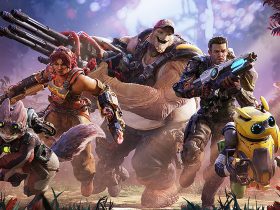 Mental wellbeing can be improved by video games. Let’s quit seeing them as the joy of remorse.

Indian movies were always criticized to stand nowhere around the Hollywood movies and series and also Bollywood movies are nowhere close to reality. You too might have read or heard about this.

But the times have changed now the responsibility of creating outstanding and appreciable content has laid on the shoulders of the Web series, which in the past has proved to produce content that was applauded well by critics.

Delhi Crime, a web series on Netflix which was based on the true events that had happened in the investigation of the Delhi Gang Rape case that happened in the year 2012 that at that time shook the entire country to make their stand firm against increasing crimes against women.

The Netflix web series Delhi Crime on Monday bagged International Emmy Award 2020 for the best Drama series. It is very overwhelming to see Indian series are doing great in the International standards as well and expecting more of such content in the future.

Director Richie, in his acceptance speech, paid tribute to the victim and her and her mother.

He said in his acceptance speech that he would be grateful to dedicate this award to all the women who not just endure the violence that so many men inflict on them but are also compelled to solve the problem. Richie also said that there hasn’t been any day that he didn’t think about the victim and her mother and what the world has subjected the two of them, he says that none of us would ever forget the incident.

Shefali Shah, who plays the lead role of Vartika Chaturvedi in Delhi Crime expressed her joy in the tweet she tweeted on late Monday.

Delhi Crime was premiered on Netflix in March 2019 and had become the first Indian program to win an International Emmy award.

Emmy Awards List: Who Won and In What Category

Best Performance by an Actor-

Best Performance by an Actress-

Glenda Jackson in Elizabeth is Missing