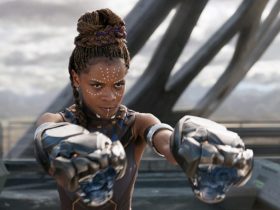 Well, in Rick and Morty season 5, we might get to see the return of Space Beth. This information has been revealed by Dan Harmon, the co-creator of this popular animated drama. Rick and Morty is a show where the overused science and fiction tropes are employed all over again but not in a cliché manner. All this while, the concepts adopted by the creators for this show are pretty humorous. Also, you guys might already be aware of the fact that this series has come out from the mind of Dan Harmon as well as Justin Roiland.

The lead cartoon character of the show is Rick Smith. He is a mad scientist. Thus, it is no surprise that the show has managed to clone. It is one of the most popular as well as sort of frustrating tricks of a variety of science and fiction flicks out there. Nevertheless, the creators have handled the idea of cloning very well and executed it in one of their most important episodes. It is The ABCs of Beth. In this episode, we witnessed that Rick created a copy of his daughter. Then he made himself forget about who is the real Beth and who is the clone. One of these Beths, later in the scenes, left for space in order to have adventures.

Dan Harmon suggests the return of Space Beth in Rick and Morty season 5!

Thus, she became an interstellar rebel dubbed as Space Beth in the show. Well, the chaos started when she came back in the finale of season 4 called the Star Mort Rickturn of the Jerri. Here, Space Beth had all intentions to eliminate Rick as well as her doppelganger, Earth Beth. Well, things here took a turn in the usual plot twist style of Rick and Morty. Thus, we saw how Space Beth joined her forces with Earth Beth in order to help Rick. Also, a normally useless Jerry did give unexpected assistance.

All this while, we know how the show and its plot generally avoids revisiting characters or plots from previous seasons. Despite this fact, Dan Harmon has confirmed that Space Beth will make a return in season 5. Harmon came on the Rick and Morty Global Celebration Panel as a part of the 2020 Adult Swim Festival. Here, he said that there is pretty groovy stuff coming about the character Beth. He wanted to let fans know that Space Beth was not a one-off character.

Here is what Scott Marder has to say about Rick and Morty season 5!

Well, it truly looks like the new season of Rick and Morty will have fewer standalone episodes. The plot might explore a wide variety of canon developments. Well, we have previously had Scott Marder who revealed how there is an epic canon in season 5 which is coming. He says the team will hit the audience with it. Also, given the fact that this is Rick and Morty we are talking about, these developments will not at all be likely. All this while, a question still lingers on which Beth is the real one. And also, we still have that giant query of Evil Morty. He is a version of Morty whose real purpose in the whole multiverse has not been revealed yet.