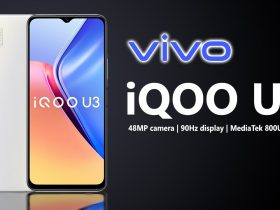 With old players like Micromax, Honor, Nokia is trying to come back into the Indian market after quite a long break; this may surely affect the sales of already tuned in brands like Xiaomi.
How can Xiaomi be left apart? Xiaomi is going to bring an all-new device named ” Xiaomi ‘s Mi 11 Pro”.
It is rumored to have some interesting features that will surely leave you mesmerized.
Let’s see what Xiaomi’s Mi 11 Pro has interesting features for us in the store.

The phone is expected to have an amazing QHD + display with an astonishing 120 Hz refresh rate. This year, Xiaomi has launched two phones- one was Mi 10 pro, and the other was Mi 10T Pro.
Though Mi 10T Pro had a refresh rate of 144 Hz, which is quite higher than its counterpart Mi 11 pro, the former didn’t have a full HD + display, which is included in Mi 11 pro Device.

 The smoke emerging on the internet about Mi 11 pro says that the phone will launch in around February next year. It will be best to see what the customers will choose among the variety of options they have in front of them, from old faded out brands making a place in the market to the well-established brand bringing new devices with more advanced features.