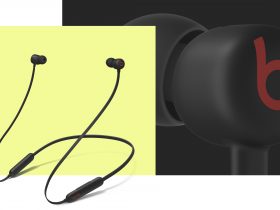 The wait is now finally over, with Intel’s official confirmation says that they will soon launch their Tiger Lake -H High – Performance 10nm CPU’s may be coming in the first half of 2021.

Intel Corporation, an American company, is a leading manufacturer of semiconductors, computer circuits. Intel had been the leading company in the microprocessors industry for the last 2 decades.

In the past, Intel had been launched outstanding IT products that had helped the developing nations boost the economy of their country.

Intel since its initial days when it introduced Pentium processor, and with this coming days, it is now all set to launch its 11th generation core tiger Lake H processor.

Way back in September this year, when Intel launched its Tiger-U processor.

The U here stands for “ultra-portable” devices, and here in Tiger-H, H stands for high-performance graphics.

The processor is said to be tested on a platform named “Insyde TigerLake.” In this working operation, it was found that the processor was running on 8 cores and 16 threads and at the average frequency of 2.75 GHz. But this is only an experiment kind of thing, but actual and final frequencies will be only be known to users once the product gets launched and is reviewed may be in May-June in the coming years, i.e., 2021.

In the 10th generation, Intel tried to blend a unique combination: Intel tried to combine quad-core and Hexacore, so it will be interesting to see what Intel has in store this time when it comes with the 11th generation Tiger H processor.