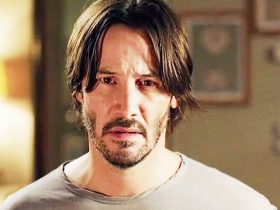 A New Disney Plus Show Is Rumored To Have Keanu Reeves

Well, as you guys might already know that the plans of all the people for this festive period remains unclear. It is because we currently have a pandemic going on. It has been created by spreading the fatal Corona Virus. But even though there are a lot of things that are not making a return this time of the year, there still are many traditions that are making a return for 2020. This includes the release of John Lewis advert.

This campaign by the retailers is the one that can always be relied on to spread some cheer. It has become so much joyous that even a hallmark of the festive season has been provided to it. It signifies that Christmas time is now with us. But well, the department store is keeping a majority of rendition meant for the 2020 style of John Lewis under wraps.

In the past, we have seen that all of its adverts have tugged on to the heartstrings of the whole nation. It is because of its emotional campaigns that include the Bear and the Hare as well as Elton John’s the boy and the piano. Last year, we had an overexcitable dragon whose name was Edgar. Thus, people are trying to know when will the advert for this year is going to release and what will it be like.

Thus, here we have gathered all the information we have gathered about the show. We already know that these adverts by John Lewis typically carries a heartwarming message. Back last year, we saw the spotlight on the friendship shared by Edgar the Dragon as well as a girl named Ava. Later when Edgar found himself in trouble after all of his fiery breath, it almost ruined the whole Christmas. Thus, Ava helped him win over the people who reside in their town.

John Lewis Advert ― Here is what the creators have teased!

Well, we do not probably know what will the advert for this year is going to be, but we are pretty sure that John Lewis will provide us with a similar sort of heart-warming story. Last month, the store of this department did tease all the fans about the contents of this year’s advert. They have promised that it will be like none other. This year, the campaign is set to kick start a campaign to raise approximately 5 million Euros for at least 100,000 families who are struggling.

The initiative is going to support FareShare which is a food poverty charity as well as a Home-Start. It works with all the parents who need support. Pippa Wicks is the executive director of John Lewis and Partners. She says that in a yeat which is like no other, the world has all changed and thus, they will be delivering a Christmas campaign which is like none other.

They say that throughout the country they have seen some of the most inspiring as well as heartwarming acts of kindness throughout the whole country and our communities. She says that they want to build on this spirit to create a legacy that extends well after Christmas. Thus, by doing this, they can all make a huge difference to the families who need their help the most.

Read More: Irregular at Magic High School: Here Is What The Future Holds For This Anime Series