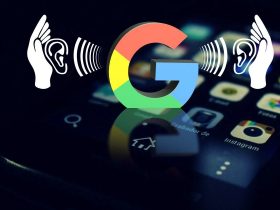 Mumbai, India – Mumbai police on Wednesday, arrested Indias famous TV Journalist and Founder of Republic TV, Arnab Goswami, allegedly abetting a 53-year-old interior designer. The police officials said that Goswami was seen arrested and was taken away for custody. The matter was revived when the abetment to a suicide case of 2018, which had been closed earlier and has now been reopened.

The matter was re-investigated when Maharashtra Home Minister Anil Deshmukh announced a re-investigation had been ordered on a fresh complaint by Adnya Naik, the architect’s daughter Anvay Naik. The latter filed a complaint in May this year. According to Anil Deshmukh, Alibaug police failed to investigate dues’ non-payment from Arnab Goswami’s channel. Due to this reason, Adnya’s father and grandmother committed suicide in May 2018.
According to the reports, Arnab Goswami owed Ruppess Eighty-three lakhs to Anvay Naik, the managing director of architect firm Concord Design Private Limited. Anvay Naika and his company built the channel’s studio. Apart from that, two other companies, IcastX/Skimedia and Smartworkalso owed a hefty amount to the architect. Another report by police said that, Collectively, the three companies owed Rs 5.40 crore.

“Arnab kept saying during the arrests should be made in the Sushant Singh Rajput suicide case where there was no suicide note. But my husband left behind a suicide note where he named Arnab and two others, but no arrests were made so far. How is this any fair,” Anvay Naik’s wife Akshata revealed to the reporters?

“There were three names written in that suicide note. My father had spent money, energy, and sweat blood on that project. Arnab Goswami ensured my husband did not get the dues. My dad mentioned that around ₹ 83 lakhs as dues in his suicide note,” said her daughter Adnya.

Amidst the drama, Arnab Goswami was backed by The Editors Guild of India, saying that they condemn the arrest of Arnab Goswami. The Guild request Maharastra CM Anil Deshmukh that fair treatment must be ensured and state power is not used against Arnab Goswami. Following the arrest, Anil Deshmukh said that police’s action was justified, and no one was above the law.

The Editors Guild of India has issued a statement on the arrest of Arnab Goswami, editor-in-chief of Republic TV. pic.twitter.com/gL3MstVlla

Recently, a video was released in which Raigad police and Mumbai police called for a joint operation, where they invaded Arnab’s house in Mumbai, but Arnab Goswami resisted. According to Mumbai Police, police claimed it waited for over an hour before doors to Arnab’s apartment.

“The arrest by Alibaug police was done under section 306 (Abetment of suicide),” and 34 (acts done by persons in furtherance of common intention) of the Indian Penal Code. A police official claimed that they have evidence against Arnab Goswami, which led to this arrest. The police released a statement saying that Arnab allegedly assaulted a lady police officer when they tried to arrest him in Mumbai’s home.

With the help of Mumbai Police, the Alibaugh Police team arrested Arnab Goswami, fearing that Goswami may create obstacles. The Mumbai Crime branch team was led by Sachin Waze, along with his Special Operation Squad and police team lead by Alibaug SP Ashok Dudhe reached Arnab’s house at 6 am. According to the reports, the entire operation was kept secret.

An investigation is currently being done against Arnab and the entire case. Anil Deshmukh said that the case would be handed over to CID. The team of Republic TV claims that it was a fake case they had cleared all the dues to Concorde Design.

Read More: Johnny Depp Loses Against The Sun For Calling Him A Wife-Beater