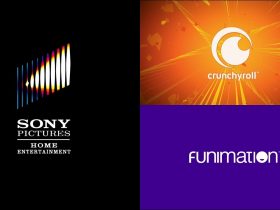 Joe Biden has declared that it is pretty clear he has won the election to opt for a president for the United States. This has been done when Donald Trump launches legal challenges, while the election results are still in a balanced position. Back on Wednesday night, it was reported that Mr. Biden has won in Michigan and Wisconsin that puts him pretty close to the White House.

It is just a matter of a few hours before the results from Nevada and Georgia come out too. This factor means that the United States’ next president could be known to the world pretty shortly. However, Trump’s campaign has already claimed victory and asks the vote counts to take a pause. They are doing so in all the battleground states through the courts. These guys even suggest a potential turbulent that might come in a few days.

States in which Donald Trump has won

Here we have provided you guys with a list of locations where Donald Trump has won the elections. They are;

States in which Joe Biden has won

Places where Joe Biden has won have been listed below;

The states which are still counting the results are as follows;

All this while, the governor of Pennsylvania, Tom Wolf, has said that he will fight like hell to make sure that every vote in his state has been taken into account.

Joe Biden might be the next US President if he wins in Pennsylvania!

There still are twenty electoral college votes currently at play in the whole state. The Trump administration has brought legal action to prevent these votes from being counted. Mr. Wolf, who is also a Democrat, has stated that these actions taken by the president are literally a disgrace. You guys should know that Donald Trump still needs to win in Pennsylvania to stay in the White House. But his lead is getting thinner day by day as postal votes are getting counted.

Ninety percent of all the ballots have been counted, and Donald Trump owns the lead against Joe Biden by 164,414 votes, whose number is decreasing. Mr. Biden is expected to receive benefits from all the postal votes, which are still getting counted in the states. All will be done in the next 48 hours. Pennsylvania has come forth with 20 electoral college votes, and a victory in this would send Joe Biden directly to the presidency.